IPL 2021: Chennai Super Kings skipper MS Dhoni impressed all with some huge sixes in a practice game ahead of their match against Mumbai Indians on Sunday. 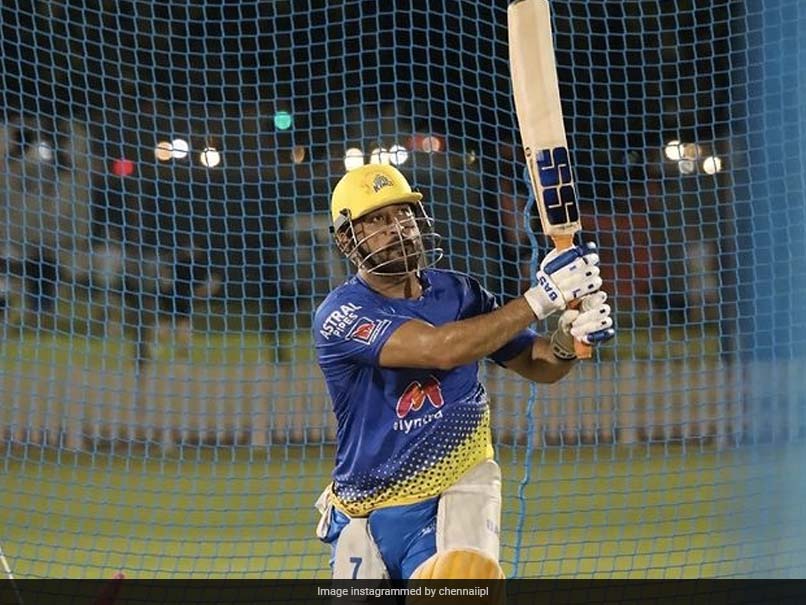 Cricket fans across the world were treated to a six-hitting masterclass as MS Dhoni warmed up for IPL 2021 resumption in style in a practice game for his Indian Premier League (IPL) franchise Chennai Super Kings (CSK) in the UAE. In a video posted by CSK, Dhoni was seen whacking the pacers as well as the spinners to all parts of the ground with the ball sailing over the boundary line on multiple occasions. The sight of Dhoni middling the ball and showcasing his exceptional hand-eye coordination will be a warning for the opposition bowlers in IPL.

Dhoni went 360 degrees, covering almost all parts of the ground with his explosive hitting.

However, CSK and Dhoni fans would love to see their "Thala" carry this form into the main event as well.

Dhoni scored only 37 runs in seven matches for CSK before Covid disrupted the proceedings, bringing IPL 2021 to a temporary halt.

Although he struck those runs at a strike-rate of 123.33, Dhoni failed to play a big knock in the limited opportunities he got.

But Dhoni's form didn't come in the way of CSK outperforming their rivals to be placed second in the points table behind Delhi Capitals. In seven matches, CSK registered five wins and two losses.

Ambati Rayudu, Sam Curran, Suresh Raina and Ravindra Jadeja can once again prove to be Dhoni's go-to men as the tournament moves into the final stages later on.

IPL resumes on September 19 with the Dhoni-led side facing Mumbai Indians in the first match this season in the UAE.

Ravindra Jadeja IPL 2021 Cricket
Get the latest updates on ICC Women's Cricket World Cup 2022 and IPL 2022, check out the Schedule , Live Score and IPL Points Table. Like us on Facebook or follow us on Twitter for more sports updates. You can also download the NDTV Cricket app for Android or iOS.