Star Australian all-rounder Glenn Maxwell believes having the Indian Premier League in the UAE will level the playing field "a fair bit" in the T20 World Cup to be held at the same venue next month. 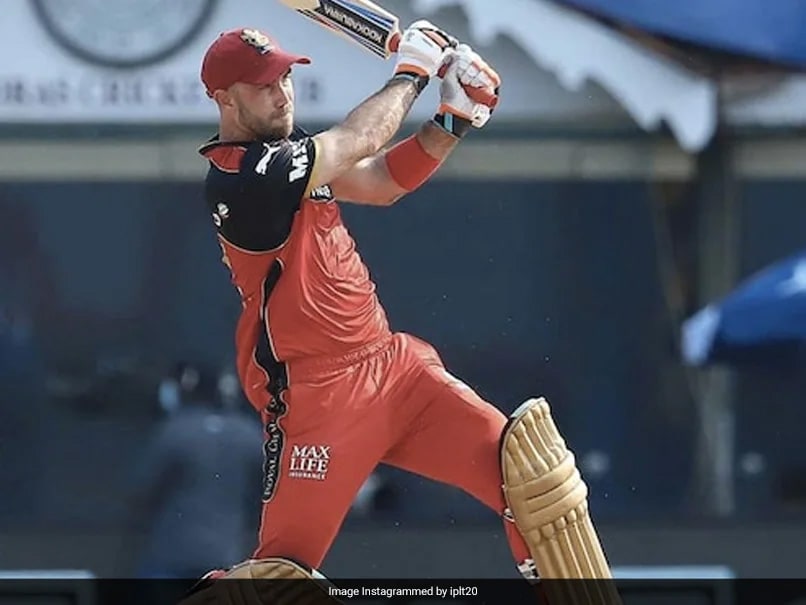 Glenn Maxwell will be hoping to go big for Royal Challenger Bangalore in the IPL in UAE.© Instagram

Star Australian all-rounder Glenn Maxwell believes having the Indian Premier League in the UAE will level the playing field "a fair bit" in the T20 World Cup to be held at the same venue next month. The IPL will resume on September 19 in the UAE after being suspended in May due to the second wave of COVID-19 in India, which led to multiple cases inside its bio-bubble. It will be followed by the T20 World Cup from October 17. "The tournament being in UAE probably levels the playing field a little bit," Maxwell, who plays for Royal Challenger Bangalore in the IPL was quoted as saying by the ICC website.

"Probably makes it a little bit easier for there not to be as much of a home ground advantage. For the IPL to be there to have a lot of international players that are potentially going to be in that World Cup over there playing, I think it's probably levelled the playing field a fair bit," he added.

Australia's top players, including Steve Smith, David Warner, Aaron Finch and Pat Cummins, have not competed in the last few months and will be back in action at the IPL.

Maxwell said the IPL stint will help the preparation of the Australian players.

"The fact we've got a lot of guys going over for the IPL as a preparation, get a few games in those conditions, it's going to do wonders for our batters," he said.

"Our bowlers are going to be up and firing by the time the tournament starts. I can assure you everyone is looking forward to hitting the ground running over there," he said.

Australia will have to battle it out against defending champions West Indies, world number one England and South Africa in a tough group in the Super 12 stage.

With their key players missing, Australia suffered 1-5 series losses against the West Indies and Bangladesh but Maxwell has no doubts they'll manage a better performance at the big competition.

Talking about Australia's chances at the World Cup, Maxwell said, "I think they're very good. When this team comes together, I think we'll slip straight back into us being in a great position."

"We're all looking forward to it. You look through our line-up, we've got a team full of match winners and guys that on their day can take the game away from the opposition," he added.

Asked about the draw in the T20 World Cup, Maxwell said, "There are no weak teams in this World Cup and we know that. We know we've also got a very good chance of beating everyone on our day. Both groups are going to be tough, it doesn't matter."

"If we play our best, I feel that's going to be good enough on the day. I think we'll be focussing solely on what we can do every game and hopefully, that is good enough at the end of the day," he concluded.

Glenn Maxwell IPL 2021 ICC T20 World Cup 2021 Cricket
Get the latest updates on ICC Women's Cricket World Cup 2022 and IPL 2022, check out the Schedule , Live Score and IPL Points Table. Like us on Facebook or follow us on Twitter for more sports updates. You can also download the NDTV Cricket app for Android or iOS.