IPL 2021 Final: Kolkata Knight Riders head coach Brendon McCullum explained why explosive batter Andre Russell could not make the XI despite working hard to be match-fit after a hamstring injury. 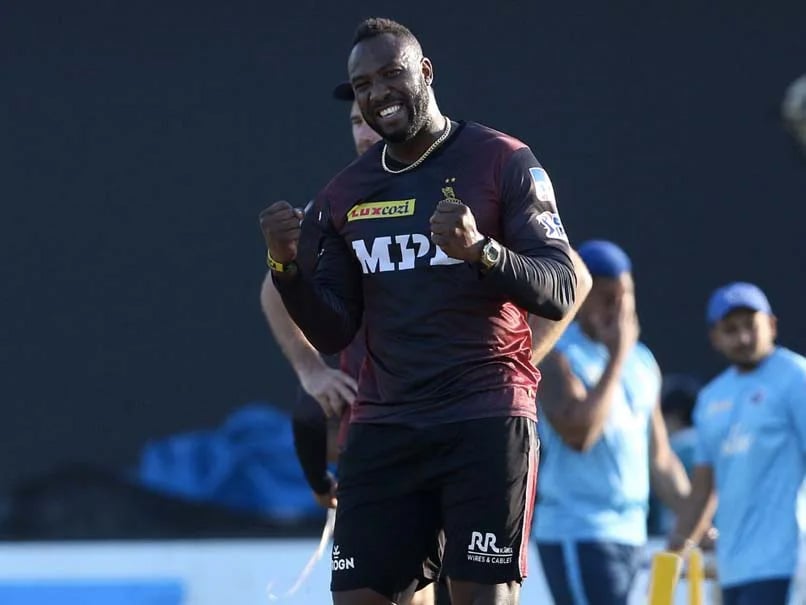 IPL 2021 Final: KKR's Andre Russell did not feature in the final due to a hamstring injury.© IPL

Kolkata Knight Riders head coach Brendon McCullum explained why explosive batter Andre Russell could not make the XI despite working hard to be match-fit after a hamstring injury. He conceded that his team was outplayed by a very good Chennai Super Kings side in the IPL final but also blamed an underwhelming middle-order batting performance for the comprehensive loss. Mahendra Singh Dhoni led Chennai Super Kings to their fourth Indian Premier League title, outwitting Kolkata Knight Riders by 27 runs in a one-sided final on Friday.

McCullum explained why Russell, who was recovering from a hamstring injury, could not make it to the summit clash.

"Andre obviously had a hamstring tear early on in the competition. He worked unbelievably hard to try and get himself available. He was still at risk there. And it was a risk, I felt in a final, we just couldn't afford to take," the former wicketkeeper-batter explained said at the post-match press conference.

"And then we had another hamstring issue with Rahul Tripathi, so, look, such is the nature of hamstrings that he was never really sure whether they are going to be fully healed or not, and it's such a big risk... In the end we decided to go for the guys who had done so well for us to get into the final and I am really proud of all their achievements," he added.

Talking about the quality of the CSK side, he said:

"It's a shame that we fell short, but we were outplayed by a very good CSK side today."

Kolkata suffered a middle-order collapse and when asked whether the problem lay precisely there, McCullum agreed.

"Yeah, I think, that's a fair assessment. I think, our bowling group did really good job, we fielded well and our top-order batting was superb, but unfortunately we weren't quite able to get the real impact through our middle-order players... There is a lot of experience there and they did not have the greatest of tournaments and that can happen at times," lamented McCullum.

"But again I am just really proud of all the guys for their efforts and what a story it was to go as close as we did after being under the pump half way through the," he added.

The former New Zealand mainstay said the campaign has been fulfilling in more ways than one.

"More positives than negatives, that is for sure and we walk away with our head held high," he asserted.

McCullum also lavished praise on the in-form Venkatesh Iyer, who played a key role in the team making it to the summit clash.

Kolkata were languishing at the seventh spot after the India leg of the IPL was suspended, but in a remarkable turn of fortunes, the Eoin Morgan-led side ended up second.

Iyer amassed 370 runs from the 10 games that he played in the 2021 season and the head coach termed his story as an incredible one.

Andre Russell IPL 2021 Cricket Chennai Super Kings vs Kolkata Knight Riders, Final
Get the latest updates on ICC Women's Cricket World Cup 2022 and IPL 2022, check out the Schedule , Live Score and IPL Points Table. Like us on Facebook or follow us on Twitter for more sports updates. You can also download the NDTV Cricket app for Android or iOS.