IPL 2021: Yuzvendra Chahal and his wife Dhanashree played a game of table tennis against RCB's Mohmmed Siraj and one their new signings Srikar Bharat. 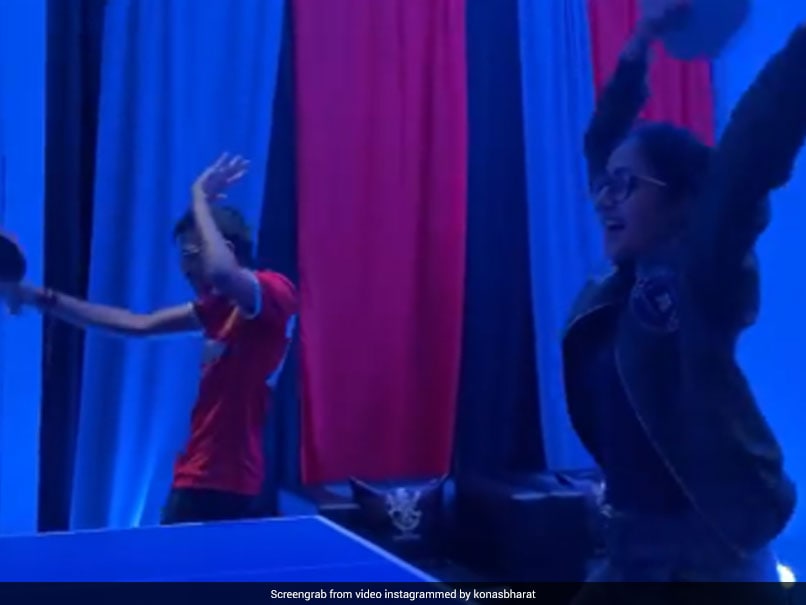 Yuzvendra Chahal and Dhanashree Verma broke into a victory dance after scoring a point in table tennis.© Instagram

Yuzvendra Chahal and his wife Dhanashree Verma expressed their competitive side during a game of table tennis against Mohammed Siraj and Srikar Bharat, one of Royal Challengers Bangalore's new recruits. Srikar Bharat took to Instagram to share a video in which he teamed up with Siraj to play a game of table tennis against Chahal and Dhanashree. In the video, after scoring a point, both Chahal and his wife break into a victory dance.

However, in the next snippet, Siraj and Bharat return the favour as they score a point.

RCB players are currently in a bio-bubble in Chennai as they gear up for the upcoming edition of the Indian Premier League (IPL).

On Friday, RCB will take on defending champions Mumbai Indiansin the IPL 2021 opener.

Earlier in the day, Chahal posted a video of himself and Kyle Jamieson in which the duo was seen marching out to WWE legend Undertaker's theme song.

RCB are one of the three teams who are yet to get their hands on the IPL trophy. Virat Kohliled RCB to the playoffs last year and he will be hoping that with as many as eight fresh faces in the squad, they can go the distance and lift the IPL trophy for the first time.

RCB added five uncapped players in their squad along with three international signings in the players auction earlier this year.

The Bangalore-based franchise spent big to get the services of Glenn Maxwell and New Zealand's Jamieson and they also roped in Australia's experienced T20 specialist Daniel Christian.

Yuzvendra Chahal Mohammed Siraj Srikar Bharat IPL 2021 Cricket
Get the latest updates on IPL 2021, check out the IPL 2021 Schedule and Indian Premier League Live Score . Like us on Facebook or follow us on Twitter for more sports updates. You can also download the NDTV Cricket app for Android or iOS.