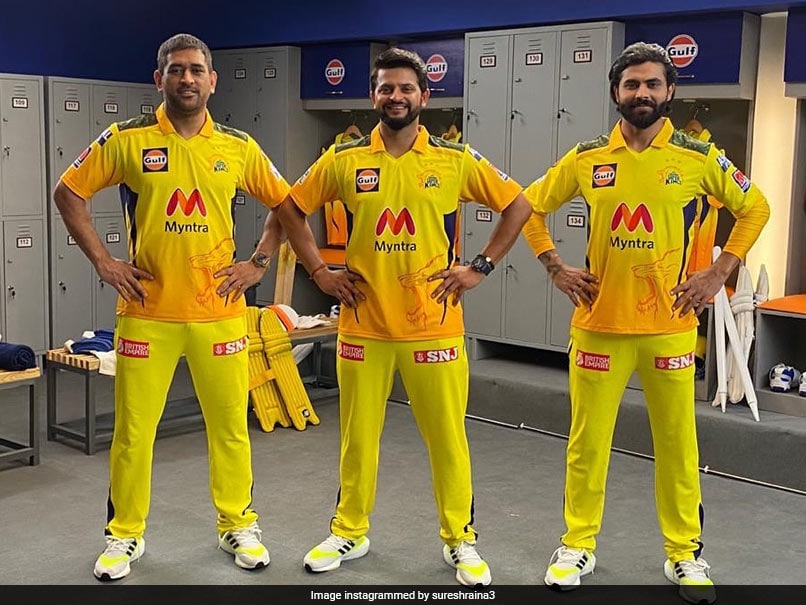 Suresh Raina on Sunday took to Instagram to share a picture with Chennai Super Kings (CSK) skipper MS Dhoni and all-rounder Ravindra Jadeja, with fans calling it the "pic of the day". The picture shows all three stars standing inside the dressing room, striking an identical pose. Raina is back with the side after pulling out of the IPL 2020 due to personal reasons and has been quite active on social media, giving his fans a sneak-peek into his preparations ahead of the tournament that kicks off on April 9. Despite missing the whole season last year, Raina is still the second most successful batsman in tournament's history, only behind Royal Challengers Bangalore (RCB) skipper Virat Kohli.

In Raina's absence, CSK suffered a great deal last year and recorded their worst-ever season, finishing seventh in the eight-team table with 12 points. It was also the first time in IPL history that the three-time champions failed to qualify for the playoffs. 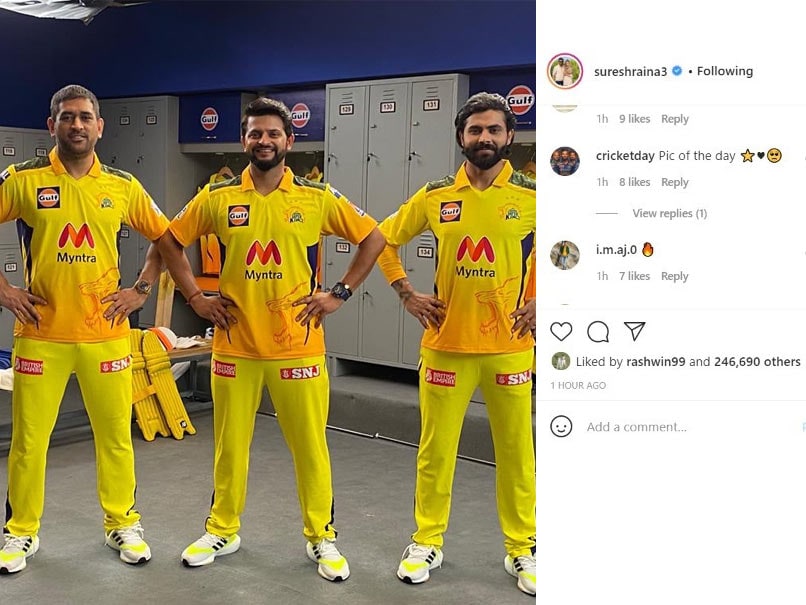 Looking to learn from their mistakes this season, CSK were among the first team to start their preparations for the 14th edition of the IPL, with their skipper MS Dhoni leading the way.

Raina and Jadeja have been the vital cogs for CSK in the cash-rich league and the franchise would be hoping they make their presence felt this year as well and guide them to yet another title.

CSK will take on last year's runners-up Delhi Capitals in their opening match at the Wankhede Stadium in Mumbai on April 10.

Apart from their opening tie, CSK are scheduled to play four more games in Mumbai, before travelling to Delhi for their next four fixtures.

Their next four matches will take place at Delhi's Arun Jaitley Stadium before rounding off their league phase with two matches at the iconic Eden Gardens in Kolkata.

Ravindra Jadeja IPL 2021 Cricket
Get the latest updates on India vs South Africa and check out  Schedule, Results and Live Score. Like us on Facebook or follow us on Twitter for more sports updates. You can also download the NDTV Cricket app for Android or iOS.