SRH vs MI, IPL 2021: SunRisers Hyderabad are still looking down the barrel while Mumbai Indians are showing some fine form. 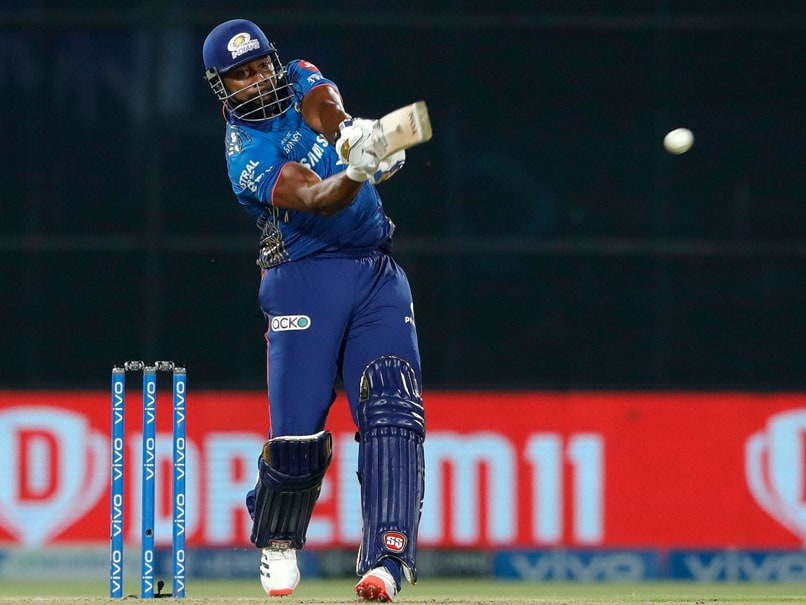 Match 31 of the Indian Premier League (IPL) will witness the clash of defending champions Mumbai Indians (MI) and SunRisers Hyderabad (SRH) in Delhi on May 4. MI won a thrilling contest against Chennai Super Kings (CSK) by four wickets in their last game through a Kieron Pollard-blitz which helped them register their fourth win of the tournament in seven matches. SRH, on the other hand have struggled to get going in this edition with only a single victory in seven games, pushing them at the bottom of the points table.

With the presence of power-hitters like Pollard, Hardik Pandya, Quinton De Kock, Jonny Bairstow and David Warner on either side, fans will surely have a plenty to choose from for their fantasy leagues.

Jonny Bairstow (Credits - 10): The SRH opener has endured a good run in this year's IPL through some fine knocks at the top of the order for his franchise. His 248 runs in seven games are sign of a player in top form but that hasn't helped the cause of his struggling side.

However, an average of over 41 and a strike-rate of above 141 surely makes his case stronger for any fantasy playing XI.

Kieron Pollard (Credits - 9): Kieron Pollard's magical innings of an unbeaten 87 runs in just 34 balls showcased the kind of talent and ruthlessness he adds to any T20 side in the world.

Helping his team chase down impossible targets through quick fire stroke-making, and by claiming crucial wickets and catches has made Pollard of one the most sort after players in this format of the game.

Quinton de Kock (Credits - 9.5):The MI opener has scored 155 runs in six games so far with a best of 70 not out. The explosive start provided by the South African has been a trademark as far as IPL is concerned, and along with Rohit Sharma, De Kock becomes a lethal addition to any fantasy teams.

Rashid Khan (Credits - 9.5): Rashid Khan showed signs of getting back to his best through a brilliant three-wicket haul in a losing cause against CSK. The dangerous leg-spinner has claimed 10 wickets so far in this edition in seven games at an average of just over 17 and economy at 6.14.

Note: Credits of the players are mentioned beside their names as provided by iplt20.com

Jonny Bairstow IPL 2021 Cricket Sunrisers Hyderabad vs Mumbai Indians, Match 31
Get the latest updates on SA vs IND 2021-22, check out the Schedule and Live Score . Like us on Facebook or follow us on Twitter for more sports updates. You can also download the NDTV Cricket app for Android or iOS.