Mumbai Indians Sweat It Out Ahead IPL 2021. See Pics 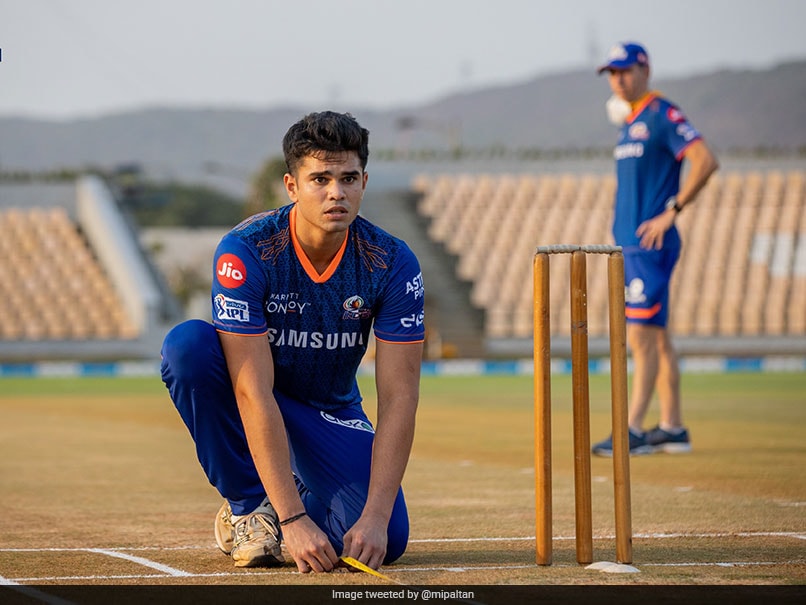 IPL 2021 is set to begin next month and most teams have begun their preparations for the tournament. Mumbai Indians (MI), too, have gone into practice mode, with the defending champions hitting the field for a gruelling training session. "The H.U.S.T.L.E. is on", screamed the official Twitter handle of the five-time IPL champions on Tuesday, with a set of photographs from the day's training. The pics show bowler Jayant Yadav, all-rounder Arjun Tendulkar and batsman Anmolpreet Singh practicing as the team's director of cricket operations, Zaheer Khan keeps an eye on the proceedings.

Sitting next to Zaheer, the team's batting coach Robin Singh seems to be engrossed in his mobile phone.

Some more photographs from the session show Chris Lynn stretching and then doing some batting practice.

Fans seem to be missing Jasprit Bumrah in the pictures, with one user tweeting: "Where is boom Boom (sic), and another following soon after with the tweet: "Where is Boooomraah ??? (sic)"

Where is boom Boom

A few fans also had a word of advice for Sachin Tendulkar's son, Arjun.

Another fan suggested that Zaheer should take care of Arjun.

"Hope Zaheer can take care of his fellow leftie Arjun. He is gonna be an interesting element in MI this year. So excited to watch his game."

Hope zak can take care about his fellow leftie Arjun .
He is gonna be an interesting element in MI this year so excited to watch his game

On Monday, MI skipper Rohit Sharma joined the squad. A video on the official Twitter handle showed a car with Rohit sitting inside, entering the hotel.

Rohit was part of the Indian ODI team that beat England 2-1 in the three-match series.

Hardik Pandya, Krunal Pandya and Suryakumar Yadav - the other MI players who were part of the Indian team - too joined the squad on Monday.

MI will take on Royal Challengers Bangalore (RCB) in the season opener on April 9 in Chennai.

Mumbai Indians Jayant Yadav Cricket Arjun Tendulkar
Get the latest updates on ICC T20 Worldcup 2022 and CWG 2022 check out the Schedule, Live Score and Medals Tally. Like us on Facebook or follow us on Twitter for more sports updates. You can also download the NDTV Cricket app for Android or iOS.