IPL 2021: Delhi Capitals, SunRisers Hyderabad Show Off 'Vaathi Coming' Moves. Which One Gets You Going?

IPL 2021: David Warner led his ace bowlers Bhuvneshwar Kumar and Rashid Khan in yet another version of the 'Vaathi Coming' moves, giving competition to their Delhi Capitals counterparts. 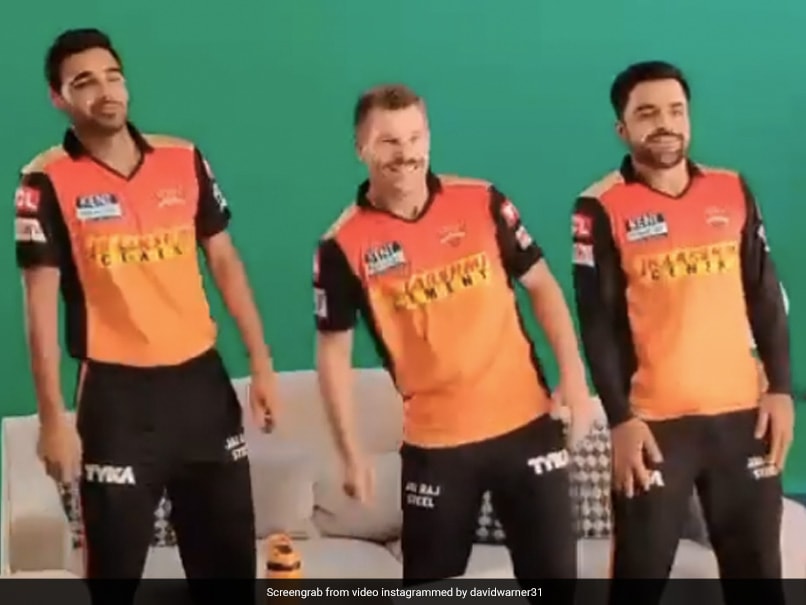 Flanked by Rashid Khan and Bhuvneshwar Kumar on either side, David Warner shimmied to 'Vaathi Coming'.© Instagram

David Warner's penchant for dancing to chartbusters from South cinema is well known, thanks to his Instagram and TikTok videos. This time around, the SunRisers Hyderabad (SRH) captain managed to get his teammates to shake a leg with him. Flanked by Rashid Khan and Bhuvneshwar Kumar on either side, Warner shimmied to the popular song 'Vaathi Coming'. The track from the Tamil film Master was originally picturised on South superstar Vijay. Warner shared a short video of the trio grooving to the track on Instagram. The clip starts with Warner dancing and the other two joining in.

"And it all starts again #shoots #fun #teammates...both got the moves," he wrote tagging Rashid and Bhuvneshwar.

Warner's video comes a day after Delhi Capitals stars including R Ashwin, Shikhar Dhawan, Steve Smith, Chris Woakes and a few others were seen showing off their moves on 'Vaathi Coming'.

Warner's clip was loved by fans who left a bunch of positive comments. Warner also took time out to reply to some of the comments.

One fan wrote, "Warner Bhai, big fan of your dance from Chennai." The Australian responded by thanking him.

There were also quite a few requests to get New Zealand cricketer and SRH player Kane Williamson to dance. One fan commented, “Next time, get Kane to dance too.” To this Warner replied, "He didn't want to," followed by some laughter emojis.

Rashid, too, had shared Instagram Reels of the shoot. He captioned the video, 'Vaathi coming', tagging the two others.

The players shared some fun behind-the-scenes clips. In one such video, David is recording Rashid who is busy on the phone. With it, he wrote, “Nope, it is a different day, different shoot. How are you, Rashid Khan?”

Then, Rashid dropped a video of Warner and wrote, "What are you doing, David? Looking for a new Reels dance."

SRH had their first match of the India Premier League (IPL) 2021 against Kolkata Knight Riders (KKR) on April 11. They lost by 10 runs.