IPL 2021: Jasprit Bumrah is Mumbai Indians' pace spearhead but he posted a picture of him padding up to bat. 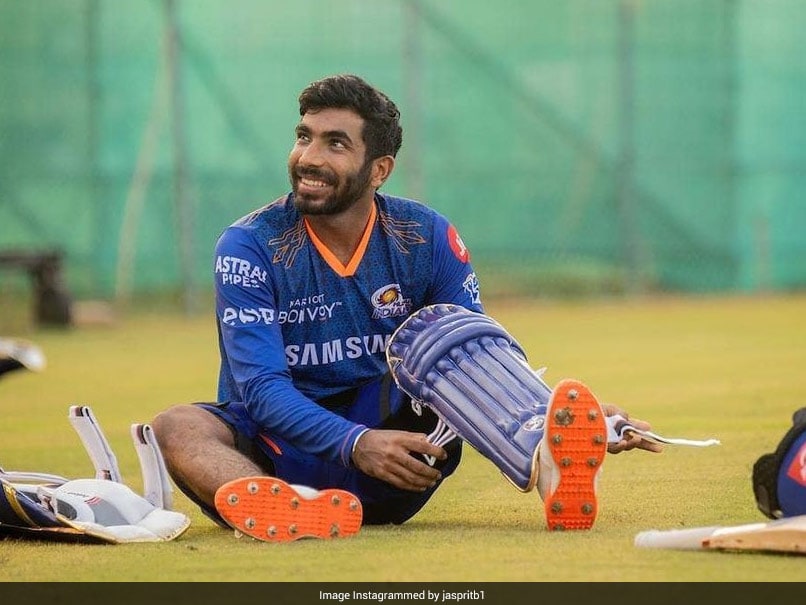 IPL 2021: Jasprit Bumrah is getting set to play for Mumbai Indians in the upcoming season.© Instagram

Jasprit Bumrah has been getting all geared up for the upcoming season of the Indian Premier League (IPL), which is set to begin on Friday. Bumrah has of course been seen firing in his trademark yorkers in the Mumbai Indians nets, but he has apparently also been looking to get a bit more handy with the bat. On Tuesday, the India pacer shared pictures of him padded up and having a chat with Australian batsman Chris Lynn. "Smiling and prepping," he captioned the post.

He was last seen in action in the Test series against England.

Bumrah has been a key player for Mumbai Indians since making his debut for the five-time champions in 2013.

He was one of the biggest stars as a dominant Mumbai Indians comfortably won the title in IPL 2020. In what was his most prolific IPL season, Bumrah took 27 wickets in 15 games last year, finishing only behind Kagiso Rabada, who claimed 30 scalps, in the race for the Purple Cap.

Overall, Bumrah has played 92 games for MI and claimed 109 wickets. His career-best IPL performance came last season, when he returned figures of 4/14 against Delhi Capitals in the first Qualifier.

Mumbai Indians will be looking to make history this year by becoming the first team to win the title in three consecutive years.

MI will start their campaign with the season opener on April 9 against Royal Challengers Bangalore in Chennai.

Chris Lynn Cricket
Get the latest updates on IPL 2021, check out the IPL 2021 Schedule and Indian Premier League Live Score . Like us on Facebook or follow us on Twitter for more sports updates. You can also download the NDTV Cricket app for Android or iOS.