IPL 2021: Nathan Coulter-Nile says he feels safer being part of the Mumbai Indians' bio-bubble at the moment than try to get back to Australia. 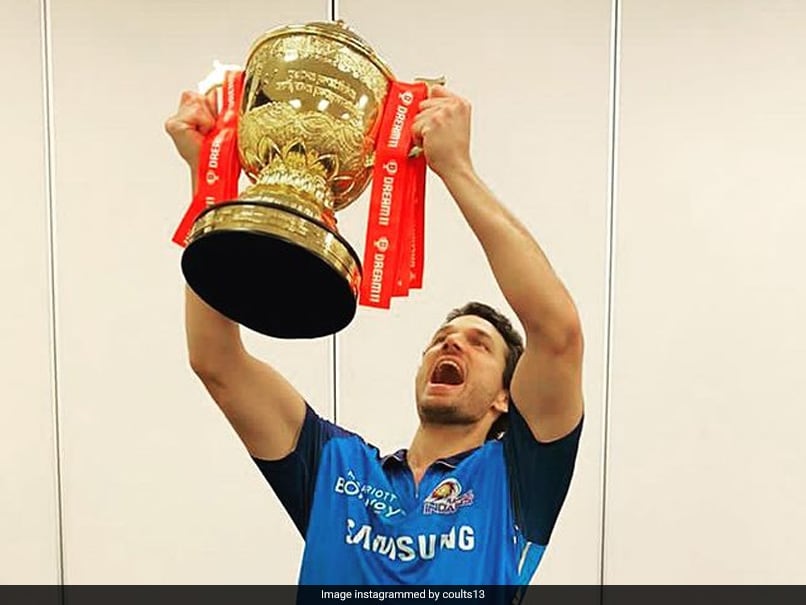 Australian pacer Nathan Coulter-Nile understands why some of his compatriots decided to leave home midway from the IPL 2021but he feels safer being part of the Mumbai Indians' bio-bubble as India battles a deadly second wave of COVID-19 infections. Rajasthan Royals fast bowler Andrew Tye has left for Perth fearing that he may be "locked out" of his own country in the wake of a COVID-19 surge. Soon after, Royal Challengers Bangalore's Kane Richardson and Adam Zampa also pulled out citing personal reasons.

However, Coulter-Nile was surprised when he got to know about the three of them leaving. He has a Rs 5 crore contract with MI.

"Everyone's got their own opinions on it and different situations for them," Coulter-Nile told cricket.com.au.

"I was surprised to see AJ go home, and then Zamps and Richo, but when you speak to them, you definitely understand where they're coming from.

"I spoke to Zamps a little while ago and he made a very compelling argument for going home. But for me, I feel like it's safer for me to stay in the bubble than try and get home at the moment."

Getting out of India is becoming tougher by the day with some countries, including UK and New Zealand, imposing travel bans from the country and Australia contemplating on the same.

"...I feel like something's got to give for getting home. I'm just going to wait and see how that plays out.

"Worst comes to worst, we'll have to quarantine in Dubai for a couple of weeks before we can fly home. But I'm sure it will get sorted," said Coulter-Nile.

The Australian, who is being tested three times in a day, said he has faith in the bio-bubble created for the IPL.

"We have a rapid response test in the morning ahead of another test later in the day, and then one at night as well. And that's for everyone - players, staff, the people who do laundry, cleaners, everyone.

"In terms of testing, they are pretty onto it. I'm as confident (in the bubble) as you can be. All the protocols and measures are in place, I can't think of anything more we could be doing.

"As long as everyone follows them - that's the hardest bit, there's a lot of moving parts - but if everyone does the right thing, we should be fine," he added.

India has been reporting more than three lakhs case for the past few days.

Kane Richardson IPL 2021 Cricket
Get the latest updates on Fifa Worldcup 2022 and check out  Fifa World Cup Schedule, Stats and Live Cricket Score. Like us on Facebook or follow us on Twitter for more sports updates. You can also download the NDTV Cricket app for Android or iOS.