IPL 2021: Shivam Mavi's Revenge After Prithvi Shaw Hits Him For 6 Fours In An Over. Watch

IPL 2021: Shivam Mavi playfully got some revenge on Prithvi Shaw after the Delhi Capitals opener smashed him for six fours in an over. 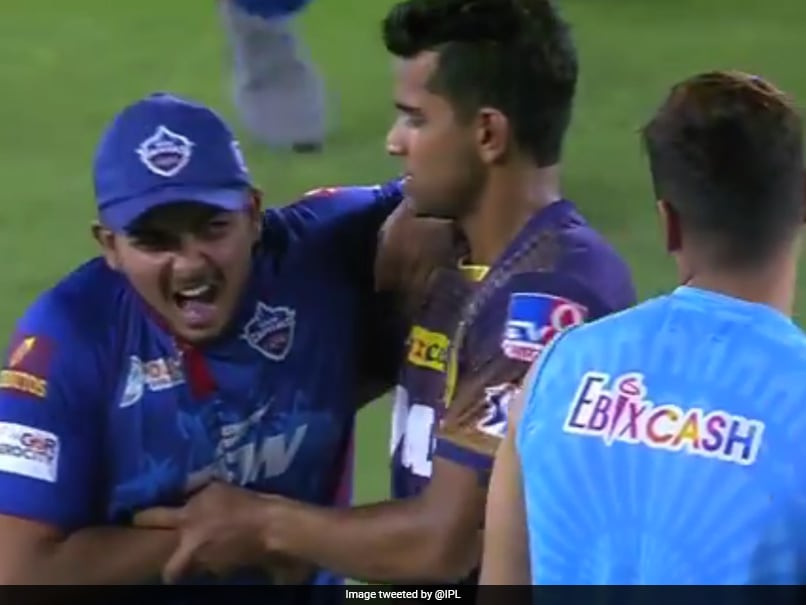 IPL 2021: Prithvi Shaw with Shivam Mavi after the match between Delhi Capitals and KKR.© Twitter

The Indian Premier League pits friends and compatriots against each other, adding to the charm of the tournament. And more often than not, even though teams and players go hard for the win no matter who the opposition, they always take time to catch up with those close to them after the match. The camaraderie was on display during Delhi Capitals' 7-wicket win against Kolkata Knight Riders. Opener Prithvi Shaw gave DC the perfect start in their chase of 155, smashing Shivam Mavi for six boundaries in the very first over.

Mavi started the over with a wide, but then Prithvi Shaw hit all six legal deliveries for fours.

Now, Mavi and Shaw go a long way back, having won the Under-19 World Cup together in 2018, and the KKR youngster did not let Shaw get away after hammering him with the bat.

So Mavi playfully grabbed Shaw by the neck as they caught up after the game, dragging him away as he was left wincing.

Shaw smashed 82 off 41 deliveries to help Delhi Capitals chase down the 155-run target after their spinners helped restrict KKR to 154/6, despite a late assault by Andre Russell on his birthday.

Shaw hit 11 boundaries and three sixes in total as he also registered the fastest half-century of the season. He took just 18 deliveries to reach his fifty.

Fellow opener Shikhar Dhawan scored 46 off 27 deliveries and Rishabh Pant hit 16 off 8 as DC completed the chase in 16.3 overs.

Kolkata Knight Riders Delhi Capitals vs Kolkata Knight Riders, Match 25 Prithvi Shaw Shivam Mavi Cricket
Get the latest updates on ICC Women's Cricket World Cup 2022 and IPL 2022, check out the Schedule , Live Score and IPL Points Table. Like us on Facebook or follow us on Twitter for more sports updates. You can also download the NDTV Cricket app for Android or iOS.