The IPL franchises were active in their show of love and support for dogs on International Dog Day. 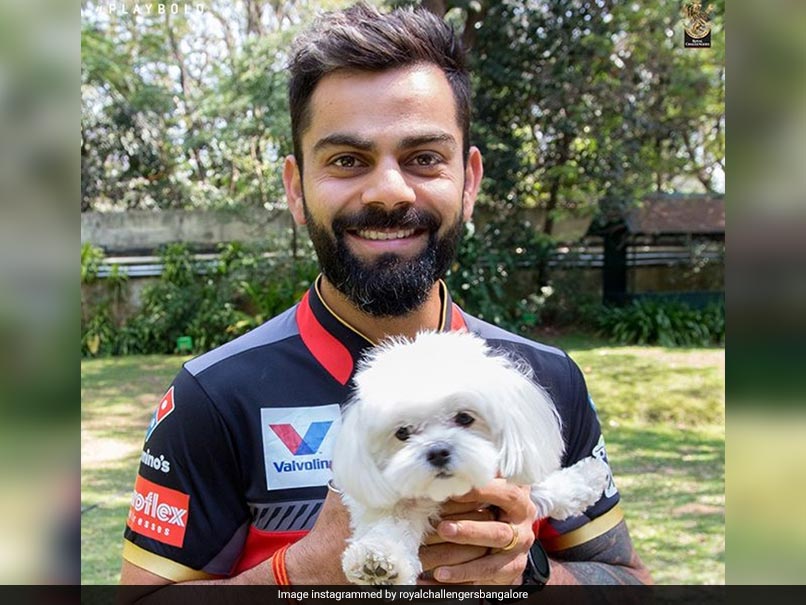 On the occasion of International Dog Day, celebrated across globe on August 26 every year, people flooded the Internet with lovely pictures of their furry friends. Joining in the trend, the Indian Premier League(IPL) franchises also shared pictures of their star players posing with their dogs.The unique bond humans with dogs was clearly evident in the pictures shared on Twitter by various IPL franchises. Highlighting the importance of sparkling relations between dogs and humans, Mumbai Indians tweeted: "Thanks fur everything". In their tweet they tagged all players like Rohit Sharma, Hardik Pandya, Trent Boult, Quinton de Kock, among others.

Royal Challengers Bangalore (RCB), led by Indian skipper Virat Kohli, also showed their creativity in their caption as they wrote: "Paws what you're doing and enjoy these pictures of our stars with some of our furry friends! #PlayBold #InternationalDogDay #RCBLovesFurry".

Paws what you're doing and enjoy these pictures of our stars with some of our furry friends! #PlayBold #InternationalDogDay #RCBLovesFurry pic.twitter.com/ZxRprnArMJ

SunRisers Hyderabadalso took to the occasion by sharing some pictures of their players like Kane Williamson, Jonny Bairstow and fast bowler Bhuvneshwar Kumar with his dog Alex.

"2020's been ruff, here's spreading some pawsitivity this #InternationalDogDay #SaddaPunjab," tweeted Kings XI Punjab, while sharing pictures of their skipper KL Rahul and several other players enjoying time with their lovely dogs.

Delhi Capitals posted a series of tweets on the occasion and used a famous dialogue from a popular web series and tweaked it a bit to suit the occasion, "If a man wishes to spend #InternationalDogDay with his dog, he is a good man".

We know our DC stars are missing their furry friends today. But you can make up for it by showing your some extra love #InternationalDogDay #YehHaiNayiDilli @ImIshant @akshar2026 pic.twitter.com/EMRI5DboaU

Rajasthan Royals, who won the inaugural edition of IPL, highlighted the unconditional love between dogs and humans through their tweet, which read: "Unconditional love, captured".

All eight IPL franchises have reached the United Arab Emirates (UAE) for the 13th edition of the Punjab biggest domestic T20 league in the world. The players are currently undergoing self-quarantine as per the protocols laid out the Board of Control for Cricket in India (BCCI).

Mumbai Indians, led by Rohit Sharma, are the defending champions and will kick-start the tournament taking on MS Dhoni's Chennai Super Kings in the opening match.

The tournament will kick-start on September 19 and will last for a total of 53 days, with the final scheduled to be played on November 10.

Hardik Pandya IPL 2020 Cricket
Get the latest updates on India vs South Africa and check out  Schedule, Results and Live Score. Like us on Facebook or follow us on Twitter for more sports updates. You can also download the NDTV Cricket app for Android or iOS.