Chris Gayle Takes A Great Catch But With A Twist By KXIP. Watch

Chris Gayle took at a catch at the boundary rope and celebrated it albeit with the help of some shady camerawork by his team Kings XI Punjab. 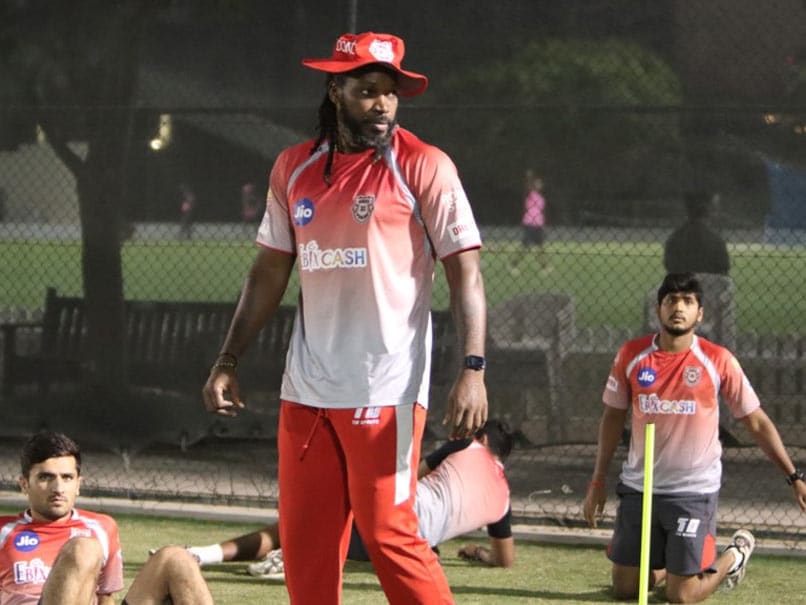 Chris Gayle is fine catcher when you're not looking.© Kings XI Punjab

Chris Gayle's antics as a self-proclaimed ‘Universe Boss' have been entertaining for his fans. An Indian Premier League (IPL) heavyweight in his own right, Gayle now finds himself at Kings XI Punjab (KXIP) juggling the ball at the edge of the boundary as seen in a surreptitiously shot video by KXIP where Gayle's apparent landing beyond the rope while he is still in contact with the ball is out of the frame. Moreover, there's no way to respond their caption “People who think that's a six can reply to this tweet” as replies have been restricted to the only person tagged in the tweet – guess who?

In a show of athleticism that defies his age, the 40-year-old Gayle catches the ball, bobs over the rope but not before releasing the ball in the air, regains his balance, pops back in the playing area and completes the catch.

The celebration after is captured neatly but it's the legality of the catch that remains dicey after a smart bit of camerawork that may not work in a match.

Gayle has scored 4484 runs in the IPL from 125 matches at a strike rate of 151.02 and holds the record for the highest individual score in the tournament – 175* for Royal Challengers Bangalore against Pune Warriors in 2013.

Gayle was a mainstay at Royal Challengers Bangalore, where he forged an opening partnership with his current captain at KXIP, KL Rahul, until before the 2018 season when the franchise let go of him.

Chris Gayle IPL 2020 Cricket
Get the latest updates on ICC T20 Worldcup 2022, check out the Schedule and Live Score. Like us on Facebook or follow us on Twitter for more sports updates. You can also download the NDTV Cricket app for Android or iOS.