IPL 2017: Virender Sehwag Has A Laugh As VVS Laxman, SRH Pray For Rain

The former India batsman was in his elements as the Eliminator was held up by the rain gods. 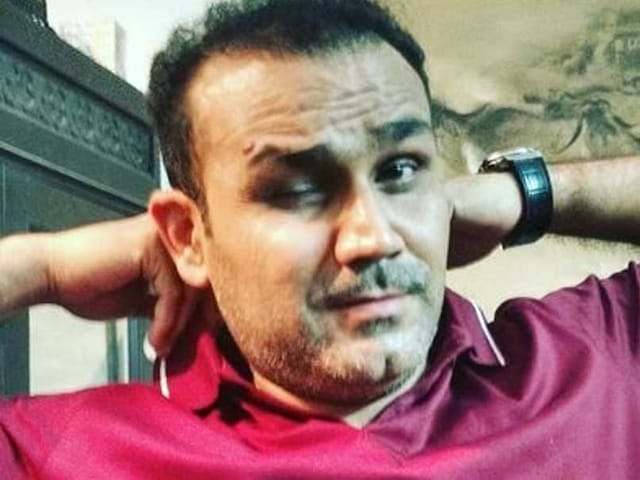 The former India batsman was in his elements as the Eliminator was held up by the rain gods.© Twitter

Former India batsman Virender Sehwag is one former cricketer who will not let go of an opportunity to take a little swipe at his former teammates, be it Sachin Tendulkar, Mahendra Singh Dhoni, or anyone else. This time, it was the turn of VVS Laxman being on the receiving end, as his side, Sunrisers Hyderabad, were left praying for rain as they went down by 7 wickets to Kolkata Knight Riders in the Indian Premier League (IPL) Season 10 Eliminator.

As SRH hoped that there would enough rain to deny any play and allow them to scrape through to Qualifier 2, Sehwag tweeted, "Laxman ji spotted praying for torrential rains in Bangalore. But we need a game.#SRHvKKR

Laxman ji spotted praying for torrential rains in Bangalore. But we need a game.#SRHvKKR pic.twitter.com/GamAd94uPt

Heavy rain hit Bengaluru after SRH were restricted to 128 for 7 off their 20 overs. KKR then got to bat at close to 1 a.m. and rattled up the 48 runs needed in 5.2 of the allotted 6 overs.

KKR will take on Mumbai Indians on Friday at the same venue.

Comments
Topics mentioned in this article
Sunrisers Hyderabad Kolkata Knight Riders Virender Sehwag VVS Laxman M.Chinnaswamy Stadium, Bengaluru IPL 2017 Cricket
Get the latest Cricket news, check out the India cricket schedule, Cricket live score . Like us on Facebook or follow us on Twitter for more sports updates. You can also download the NDTV Cricket app for Android or iOS.