The likes of Ben Stokes, Tymal Mills and Trent Boult have been in the thick of action with various degrees of success, while some of the others are yet to see action. 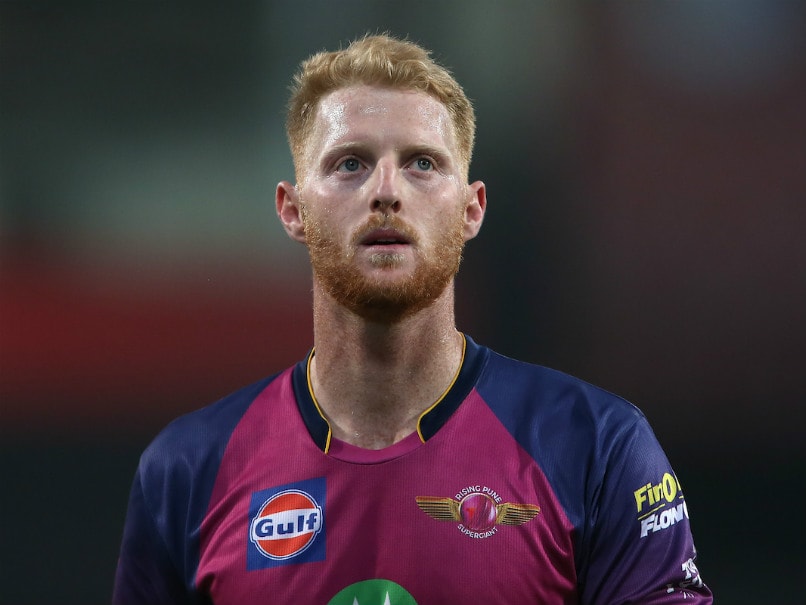 IPL 2017: Ben Stokes has impressed so far with the bat but has failed to make an impact with the ball.© BCCI

The IPL 2017 auction took the cricketing world by storm as some of the teams bought their respective players for record-breaking amounts. While some of the players are repaying the amounts that they were bought for, some others still have to show their skills and adapt to the fast pace nature of the tournament. The likes of Ben Stokes, Tymal Mills and Trent Boult have been in the thick of action with various degrees of success, while some of the others are yet to see action.

Here is the list of top 5 buys and how they have performed so far in season 10:

Benjamin Stokes (Rising Pune Supergiant) - Rs. 14.5 crore: Ben Stokes was brought as an all-rounder to add extra firepower to the team. Playing his first IPL, Stokes has performed fairly well with the bat, having scored 71 runs from two matches. But, as far as the bowling department is concerned, he is yet to prove his worth as he has only one wicket to his name with an economy rate of 9 from two games.

One of the few Englishmen to play in the tournament, Stokes will surely find his rhythm and do what he does best -- score and take wickets.

Tymal Mills (Royal Challengers Bangalore) - Rs. 12 crore: Royal Challengers Bangalore spent big on Tymal Mills to fill the vacant place of Mitchell Starc who is out due to injury. Mills has three wickets to his name in four international T20 games at an economy rate of 7.25. However, the Englishman has not been able to make a mark in the tournament so far after going at an economy rate of 8.6. With three wickets in his kitty from three matches, Mills has proved rather costly. Playing his first IPL, Mills, who is an unknown name in the cricketing world, will need to step up as RCB would need stop the flow of runs at the end of the innings.

Trent Boult (Kolkata Knight Riders) - Rs. 5 crore: New Zealand pacer Trent Boult released by Sunrisers Hyderabad last year was bought by KKR as Gautam Gambhir showed faith in New Zealand's pace spearhead. Boult, who was brought to fill the void of pacers in the KKR team, has so far not been able to repay the faith put in him. Going for more than 40 runs in each of his games from four stipulated overs, Boult has a not so proud economy rate of more than 12. With just one wicket from two games, Boult should step up his game as he is not new to the IPL format and give his team and his captain a new dimension in the bowling department.

Pat Cummins (Delhi Daredevils) - Rs. 4.5 crore: Known for his consistent 145kmph and sharp bouncers, Pat Cummins was bought by DD for a sum of 4.5 crore. Having played only one match for Delhi Daredevils so far in the tournament, Cummins has displayed a variety of skills with the ball in his hand. With only a wicket from one match an at economy rate of 7.25, Cummins will look to propel DD in to the top four place in the table.

Chris Woakes (Kolkata Knight Riders) - Rs. 4.2 crore: Proving as costly as his price, Woakes still hasn't got the hang of IPL in his debut season. Recording an economy rate of more than 9 from two matches, Woakes might prove to be the one missing link which KKR might not be able to connect. Being an all-rounder, he still hasn't got the chance to showcase his batting skills. So far, KKR have recorded one win from two matches.

Kagiso Rabada (Delhi Daredevils) - Rs. 5 crore: The 21-year-old South African bowler, who is yet to be picked by the team management for a game, has had an amazing international year representing his national team. But, sooner rather later, we hope to see Rabada troubling the batsmen with his bowling and pull off some breathtaking death over bowling for DD.

Rashid Khan (Sunrisers Hyderabad) - Rs. 4 crore: The spinner from the war-torn nation of Afghanistan is setting the tone with his brilliant bowling as he dons the Purple cap with 5 wickets from two games. Credit to Hyderabad, they obviously saw something in Rashid that not many had noticed and brought him straight into their playing XI. Rashid Khan has the best bowling figures so far this season and has the second best bowling average.

Comments
Topics mentioned in this article
Ben Stokes Tymal Mills Pat Cummins Kagiso Rabada Rashid Khan Chris Woakes Trent Boult IPL 2017 Cricket
Get the latest updates on IND vs NZ 2021, check out the Schedule and Live Score . Like us on Facebook or follow us on Twitter for more sports updates. You can also download the NDTV Cricket app for Android or iOS.