Sam Billings is not exactly in search of "gold dust" whenever he speaks to Rahul Dravid but merely chatting about the game with the Indian great has helped him deal better with the vagaries of international cricket. 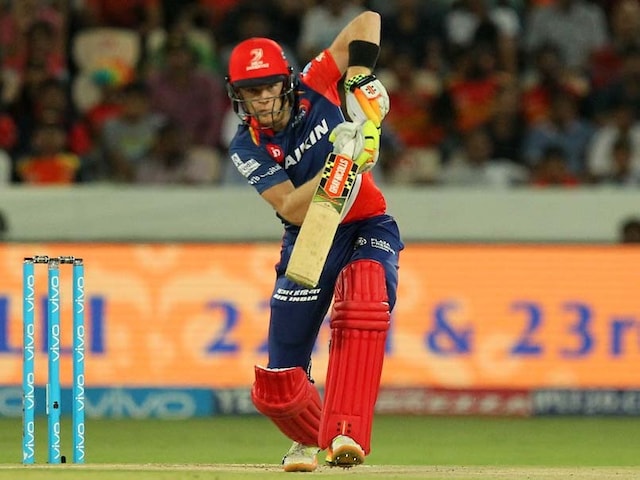 Rahul Dravid has helped me with the mental aspect of the game, says Sam Billings© BCCI

Born in Canterbury, the England international Sam Billings has not had a great Indian Premier League so far with just one half-century to his name in six games. But his association with Delhi Daredevils in the past two seasons has taught him a thing or two about international cricket and no better man to help him than Delhi Daredevils batting mentor Rahul Dravid. Billings is not exactly in search of "gold dust" whenever he speaks to Rahul Dravid but merely chatting about the game with the Indian great has helped him deal better with the vagaries of international cricket.

The two seasons with Dravid as the chief batting mentor has proved to be beneficial. Selection in England's Champions Trophy squad is a testimony to that.

So what exactly does Dravid tell him?

"I think it's more about the mental side of the game. It is not necessarily a technique thing. To play international cricket, in any case, you need a solid enough technique to get to that point. It's about the mindset. He speaks about having that patience so that you can catch up towards the end, just chatting to him about cricket," Billings told PTI during an interaction.

"What a great bloke he (Dravid) is. Easy to chat to. He chats about the mental side of the game, dealing with pressures on and off the field. He talks about different options, calculating which bowlers you can take down, simple things. People think it's always gold dust, but sometimes it's about just chatting, every now and then."

He also spoke about certain batting drills against spinners that Dravid made him go through and how they helped his game.

"Rather than batting on a decent track, Dravid just moves the stumps back so that the ball is pitching on the rough more. It's turning a bit more. He is always trying to push your game to the next level. He is indeed a great man to have," Billings said.

Having made it to England's Champions Trophy squad, Billings is confident that he can be an integral part of the country's "white ball cricket".

"No doubt that I am capable of being a part of white-ball cricket in England, I am getting closer and closer. Hopefully, I will get a white ball contract, that's the aim but firm aspirations are on playing Test cricket."

Billings swept medium-pacer Sandeep Sharma, like a spinner in the match against Kings XI Punjab where he scored his only half-century in the tournament.

"Well, I did the same (swept) with Tino Best who was bowling at 95 miles per hour but it wasn't a great idea (laughs). I mean I watched guys like AB de Villiers do it while growing up.

"You look at these guys and say to yourself, 'why can't I do that?' If one hits good length, it's hard to manoeuvre the strike. So, that shot was a bit of a calculative risk. A shot I have a lot of confidence in," said Billings.

Plying his trade in franchise leagues has been a good experience for the 25-year-old man from Canterbury.

"The Big Bash League was fantastic. It was completely different type of cricket. Quick bouncy pitches with bowlers trying to bowl back of length. You can't just do that In India where the ball stops at times. This makes you a more rounded player, learn to adapt to different situations.

"I think IPL is fantastic. England came up with idea of Twenty20 and IPL took it to a different level. I feel blessed that we get paid to travel and experience different cultures and gather an experience of a lifetime."

Comments
Topics mentioned in this article
Delhi Daredevils Sam Billings Rahul Dravid IPL 2017 Cricket
Get the latest Cricket news, check out the India cricket schedule, Cricket live score . Like us on Facebook or follow us on Twitter for more sports updates. You can also download the NDTV Cricket app for Android or iOS.