IPL 2017 May Start From April 5, Auctions on February 4: Rajeev Shukla 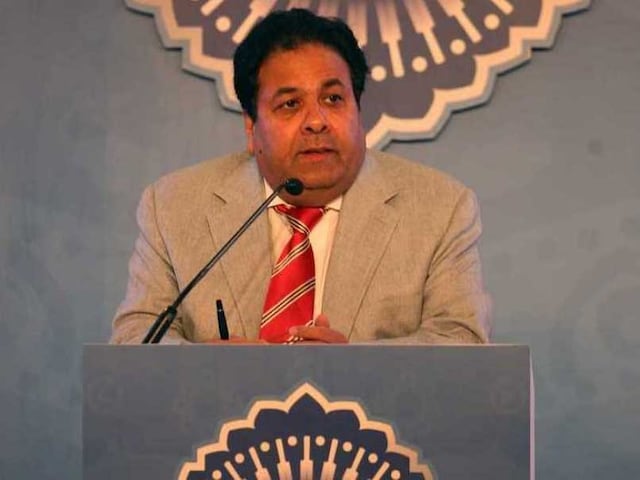 Rajeev Shukla said all operational details have been discussed for IPL 2017.© BCCI

The 10th edition of Indian Premier League may begin from April 5 next year, less than a week after the Test series against Australia ends on March 29, while the players' auction will be held in Bengaluru on February 4.

IPL Governing Council chairman Rajeev Shukla announced this following a meeting in New Delhi on Tuesday, adding that no decision was taken in violation of the Supreme Court-appointed Justice Lodha Committee directives.

One of Lodha Panel's directives to the BCCI was to keep a 15-day gap between the IPL and an international series.

"There is a proposal to start IPL 10 from April 5. The auctions will happen in Bengaluru on February 4. We had to keep a gap of one week after the Australia series," Shukla told reporters after the Governing Council meeting called to discuss operational issues pertaining to the cash-rich league.

"All operational details have been discussed," Shukla said.

Innovative steps will be taken to ensure that centres in Maharashtra such as Mumbai, Pune and Nagpur are able to hold matches in the 10th edition of the tournament that started in 2008 amid much fanfare.

IPL matches scheduled in Maharashtra had to be shifted out last year after outrage over use of water to maintain stadiums even as the state reeled under severe drought.

Shukla said, "We will have water harvesting technology at stadiums in Maharashtra to counter drought threat in the state. We will ensure that we can generate our own water to maintain stadiums."

It was decided in the meeting that defending champions Hyderabad Sunrisers will host the opening ceremony and the final as per norms. The IPL franchises' workshop will be organised in Dubai.

The season 10 of the IPL will be the final edition under the existing 10-year contract.

Comments
Topics mentioned in this article
Cricket IPL 2017
Get the latest Cricket news, check out the India cricket schedule, Cricket live score . Like us on Facebook or follow us on Twitter for more sports updates. You can also download the NDTV Cricket app for Android or iOS.