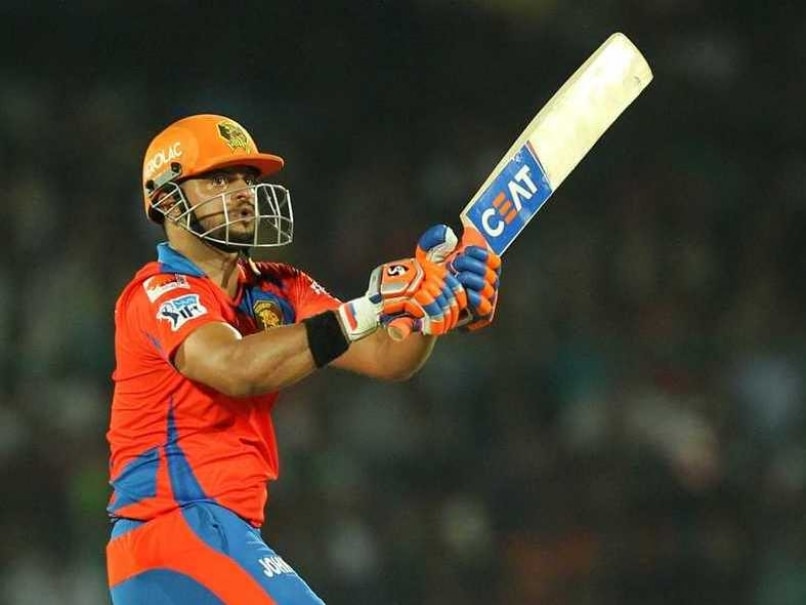 Gujarat Lions overcame a scary start to not only beat Kolkata Knight Riders (KKR) by six wickets at the Green Park Stadium on Thursday but also vault to the second spot in the 2016 Indian Premier League standings.

Skipper Suresh Raina, who missed the previous match following the birth of his daughter in Holland, led from the front with an unbeaten 53 to anchor the team to their eighth win with 39 balls to spare.

Chasing a modest 125, the Lions had the most forgettable of starts with opener Dwayne Smith perishing to the very first ball while his partner Brendon McCullum (6) joined him soon in the dugout leaving the hosts at 18/2.

Smith, who took 4/8 to restrict KKR to 124, failed to open his account as pacer Ankit Rajpoot got him caught behind while West Indian mystery spinner Sunil Narine's seam-up delivery trapped the former New Zealand skipper plumb in front.

Next in skipper Raina and wicketkeeper-batsman Dinesh Karthik (12) looked good to add 20 runs for the third wicket before the Tamil Nadu right-hander was clean bowled by South African Morne Morkel with a full delivery.

Karthik's dismissal brought in Australian power-hitter Aaron Finch (26), who put on 59 runs for the fourth wicket with Raina before a collision in the middle sent him back.

Finch, who looked good to stay till the end, blasted two massive sixes and a four in his 23-ball knock.

With the team needing 28 from 61 balls, all-rounder Ravindra Jadeja (11) joined the skipper and the left-handed duo completed the formalities without any hiccups.

For the visitors, Morkel, Narine and Rajpoot took one wicket each. Fourth-placed KKR will now have to win their last league match if they are to stay in the hunt for the IPL play-offs.

Earlier, Smith starred with his gentle medium pace bowling as Gujarat restricted KKR to 124 for eight in their 20 overs.

Coming in to bowl in the fourth over, Smith almost ran through the KKR and by the time he got his fourth wicket, the visitors were 61-5 in 11.3 overs. More than his bowling, it was the poor shot selections that led to dismissals of Kolkata batsmen.

It was Yusuf Pathan's run-a-ball 36 that ensured that Kolkata managed to cross the 120-run mark while opener Robbin Uthappa contributed 25 runs.

Asked to bat in the must-win tie for both teams, Kolkata never got the momentum right from the start.

Gautam Gambhir (8) got a life in the third over off the bowling of medium pacer Pravin Kumar as the left-handed batsman offered a difficult catch to Smith at slip. However, Gambhir failed to make the most of it as he was run out by a direct throw from Shadab Jakati short midwicket after Uthappa played a Smith delivery in the next over to short midwicket and the two batsmen were in confusion to take the single.

Afterwards, it was all about Smith as the West Indian took wickets regularly. His first wicket was Manish Pandey (1), who edged it to Raina at second slip, and Uthappa was next to go as he failed to negotiate a bouncy delivery, only to be caught behind by wicket-keeper Dinesh Karthik, as the visitors reeled at 44/3 in 6.2 overs.

KKR promoted Piyush Chawla (11) to enable their main batsmen bat at the death if the leg-spinner managed to score some but he too perished, being bowled by Smith through his defence.

Smith dealt another blow to Kolkata as Bangladesh all-rounder Shakib Al Hasan employed an upper cut and was holed out by Eklavya Dwivedi at third man.

Later, Pathan and Suryakumar Yadav (17) threatened to excel but the latter fell soon. Pathan then hit a six and three fours to help their team reach 124-8.