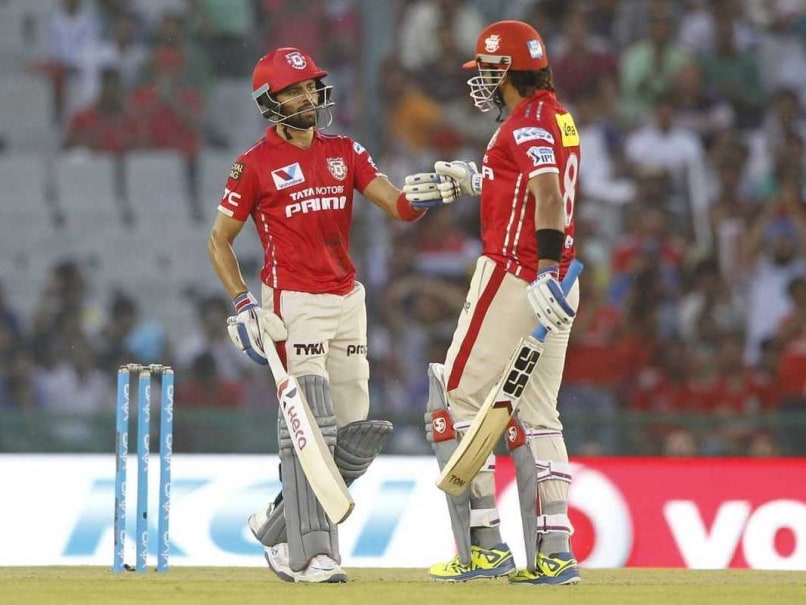 Manan Vohra and Murali Vijay gave Kings XI Punjab a dream start in the chase against Rising Pune Supergiants with a 97-run stand for the opening wicket.© BCCI

Glenn Maxwell played a scintillating cameo hitting an unbeaten 32 off 14 balls under pressure to power Kings XI Punjab to a six-wicket win over Rising Pune Supergiants for their first victory in the ninth edition of the Indian Premier League (IPL) on Sunday. (Highlights | Scorecard)

Chasing a target of 153, Kings XI Punjab were put in a spot of bother as they slumped to 119 for four in the 17th over after a fluent opening stand of 97 between Manan Vohra (51) and Murali Vijay (53). But it was Maxwell who helped the team romp home in 18.4 overs as they won their first match in their third outing.

Pune Supergiants have now lost two consecutive matches after having won their first game in Mumbai.

Just when it looked that KXIP were trying to snatch defeat from the jaws of victory, Maxwell brought his big-hitting prowess to the fore as he belted three fours and two sixes in quick time to win a match that the home team ought to have won easily.

The fifth wicket stand between Maxwell and Wriddhiman Saha yielded 34 runs in only 2.2 overs in which India's Test wicketkeeper contributed just four runs.

Once KXIP skipper David Miller (7) was gone, there were ominous signs but Maxwell hit a six and four each off successive overs from the two Ashwins -- leg-spinner Murugan (3/36 in 4 overs) and off-spinner Ravichandran (0/27 in 4 overs) to settle the tie.

He finished the match with an imperious cover drive off Thisara Perera.

However, the Kings XI coach Sanjay Bangar should be unhappy that there were tense moments especially after the start that they got.

Elegant Murali Vijay hit 53 off 49 balls with five fours and two huge sixes -- an inside out lofted cover drive off Ishant Sharma and a pull off Murugan.

His partner Vohra got 51 off 33 balls with seven boundaries that also earned him the Man of the Match award.

It looked as if it would be walk in the park before Vohra was trapped leg before trying to sweep left-arm spinner Ankit Sharma. Shaun Marsh (4) was accounted by Murugan with a delivery that went straight and breached his defences.

Vijay got his first 50 of the tournament but then lost his concentration trying to play a cut shot off Murugan.

Miller became Murugan's third victim trying to hit a six but in came Maxwell and did a telling damage hitting him for a six and a boundary. The senior Ashwin was also spanked in the next over and whatever chances of a comeback that Mahendra Singh Dhoni's team harboured went up in smoke. 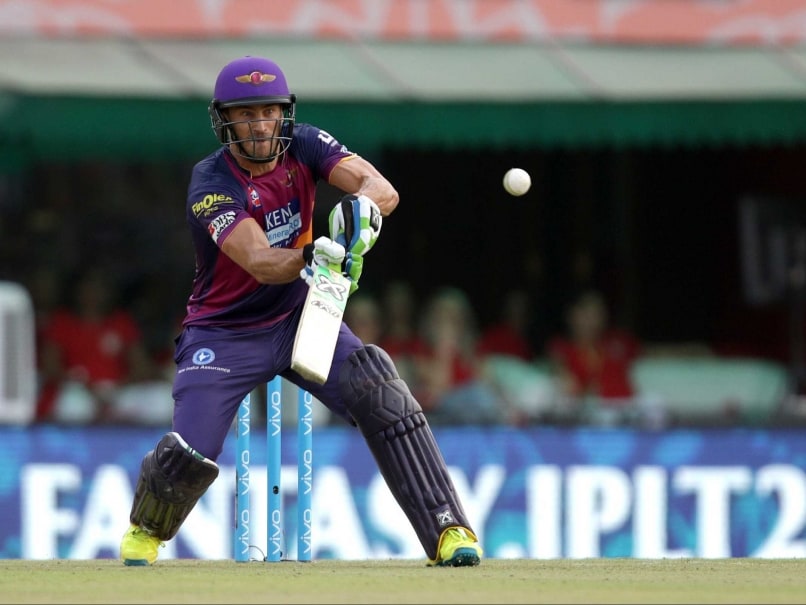 Pune had looked on course for a big total with Du Plessis and Kevin Pietersen going great guns. But the dismissal of the latter and a mid-innings hiccups prevented RPS from taking advantage of the start.

Steven Smith (38 off 26) had revived the Pune innings for a shortwhile with some lusty blows. However, some good death bowling by Punjab, saw them score 43 runs in the last five overs for the loss of four wickets.

Mohit Sharma was the pick of the bowler finishing with the figures of 3/23 which included the two prized scalps of Du Plessis and Pune skipper Mahendra Singh Dhoni in the first two deliveries of the final over.