Pawan Negi became the costliest Indian player at the Indian Premier League auction fetching a massive Rs 8.5 crore. This comes a day after the uncapped player was picked for India's World Twenty20 squad 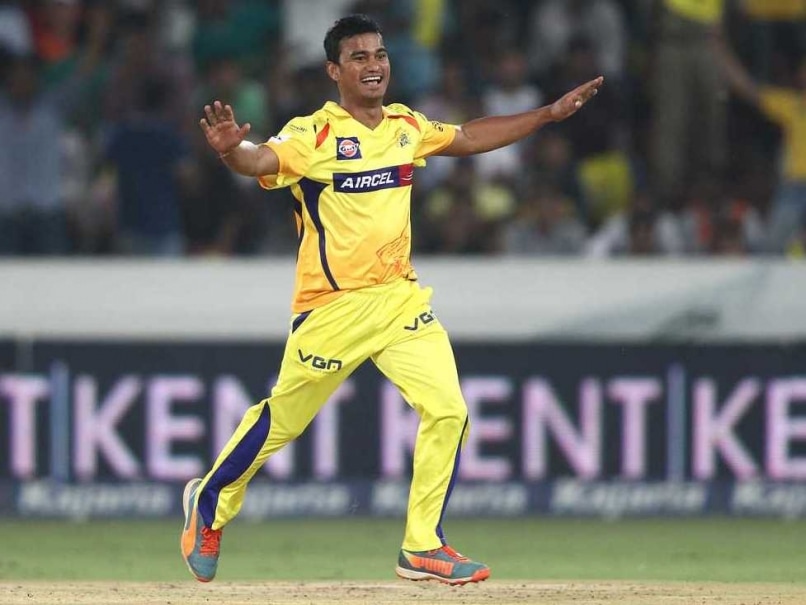 Pawan Negi, who was picked by Delhi Daredevils at the IPL auction, earlier played for Chennai Super Kings.© BCCI

If you are Pawan Negi, you would be jumping with joy. Just a day after being named in India's ICC World Twenty20 and Asia Cup squad, Negi found himself in a happy position once again, as he became the highest Indian earner at the Indian Premier League (IPL) auction in Bengaluru. (IPL Auction 2016: Shane Watson Most Expensive Buy, Pawan Negi Costliest Indian)

Before Negi, Yuvraj Singh was the highest among the Indians, who was bought for Rs 7 crore by Sunrisers Hyderabad.

Mahendra Singh Dhoni often experimented with Negi in IPL, sending him as pinch hitter. Negi's best performance in Chennai outfit came during the 2014 edition of the Champions League Twenty20 final, wherein he picked up 5/22 to help Dhoni win the title.

Negi has been in good form in the shortest format of the game. In the recent Syed Mushtaq Ali Trophy, Negi took six wickets from nine matches. Besides that he scored 173 runs at 86.50 with a strike-rate of 173.

Negi, who received the India call-up, said he wants to be known as a specialist left-arm spinner who loves "to hit sixes". "I am still a left-arm spinner first. Getting wickets is my top priority and that is why I am picked in any playing XI. But since bowling alone is not a criteria these days, I started putting more effort in my batting also," he said.

"My method of batting at the nets is simple. I never do traditional knocking. I always tell my coaches that give me a match simulation. I set imaginary targets of 40 from 24 balls or 33 from 18 balls. Accordingly, I decide the number of sixes I need to hit and also thinking about the possible field placements. This particular training method has come good in match situations," Negi had said after his Team India selection.

Other major surprise of the day was when Rising Pune Supergiants dished out Rs 4.50 crore for a virtually unknown Murugan Ashwin.

Ashwin, whose base price was Rs 10 lakh, was much-deliberated upon by Pune and Royal Challengers Bangalore franchise. A virtually unknown quality and the legspinner will now join the MS Dhoni-led side.

Talented Karun Nair hit a jackpot when he was pocketed a massive Rs 4 crore. Nair, whose base price was Rs 75 Lakh was eventually sold to Delhi Daredevils for 40 times his base price.

Baroda's big-hitting player impressed one and all with his big hitting skills in the previous edition for was also involved in a tug of war between Kolkata Knight Riders and Gujarat Lions.

As the Rajkot franchise withdrew from the bid, Sunrisers jumped in late to escalate his price tag 42 times more than his base price which was Rs 10 lakh.

Comments
Topics mentioned in this article
Pawan Negi IPL 9 Cricket
Get the latest updates on IPL 2021, check out the IPL 2021 Schedule and Indian Premier League Live Score . Like us on Facebook or follow us on Twitter for more sports updates. You can also download the NDTV Cricket app for Android or iOS.