Ben Cutting unleashed his big-hitting prowess in the final of the 2016 Indian Premier League as he blasted 39 off just 15 balls against Royal Challengers Bangalore. 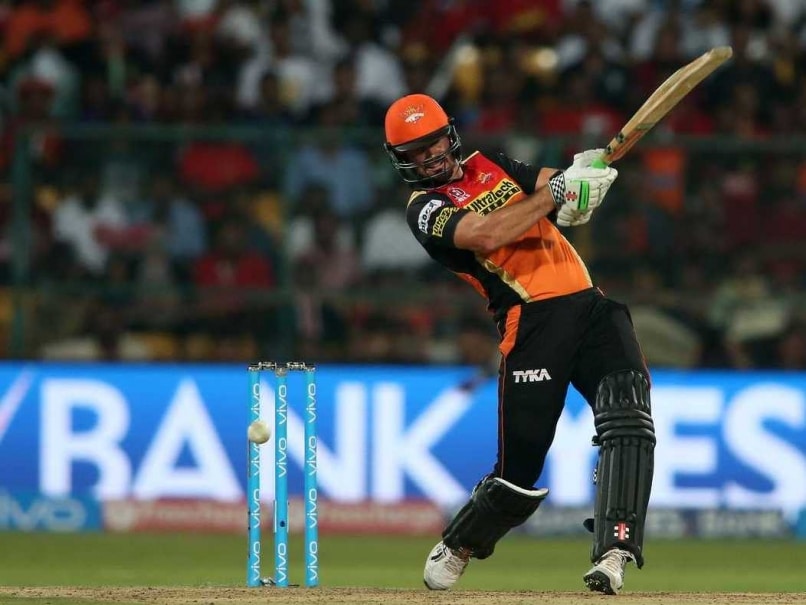 Ben Cutting came into the 2016 Indian Premier League with a reputation. In 57 Twenty20 matches before this match, he had smashed 35 fours and 44 sixes. His prowess of hitting more sixes than fours made him an asset batting in the lower middle order.

Coming into bat after the fall of Yuvraj Singh, Cutting got going with a six and a four off Shane Watson in the 18th over of SRH's chase. However, it was in the final over that he unleashed his brutality. He started off by slicing a low full toss past deep backward point for a boundary and it only got worse for Watson.

The bowler bowled a full toss and Cutting launched it out of the stadium for a big 117-meter six. On the third ball, he flat-batted a pull shot to deep mid wicket and he signed off the innings in style with a straight six over long off to help SRH end on 208/7

Comments
Topics mentioned in this article
Sunrisers Hyderabad Royal Challengers Bangalore Ben Cutting Yuvraj Singh IPL 9 Cricket
Get the latest updates on IPL 2021, check out the IPL 2021 Schedule and Indian Premier League Live Score . Like us on Facebook or follow us on Twitter for more sports updates. You can also download the NDTV Cricket app for Android or iOS.