The 2016 Indian Premier League has seen 11 players being ruled out in the first three weeks of the competition. Apart from harsh summer conditions, the focus of cricket boards on safeguarding players ahead of upcoming season may be responsible for it. 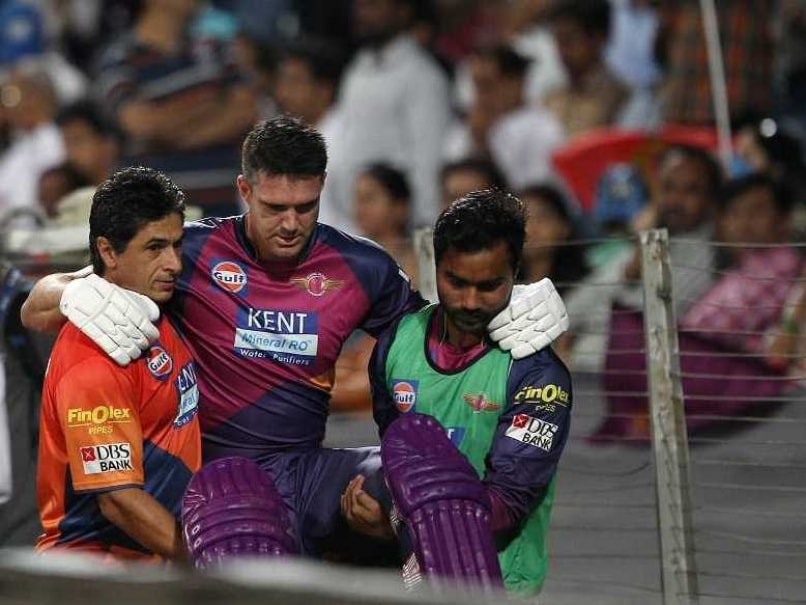 Kevin Pietersen sustained a calf injury that has ruled him out of the 2016 Indian Premier League.© BCCI

The 2016 Indian Premier League has seen a remarkable number of 11 players being ruled out due to injury in the first three weeks. The latest additions to the list being Australians Steven Smith and Shaun Marsh.

Rising Pune Supergiants' Smith and Kings XI Punjab's Marsh make the number of Australians to be ruled out of IPL to six. Mahendra Singh Dhoni-led RPS have been the most affected with four players being ruled out -- Smith, Faf du Plessis, Kevin Pietersen and Mitchell Marsh. Yuvraj Singh suffered an ankle injury in the 2016 World T20 and he has not played a single match in IPL 2016 for the Sunrisers Hyderabad.

Among Indians, Sunrisers Hyderabad's Yuvraj Singh hasn't played a single match till now due to an ankle injury and there is no confirmation on his return, while Ashish Nehra also missed few matches due to groin injury. KKR's Manish Pandey is also down with chicken pox.

SRH's Kane Williamson was also down with hamstring injury, and played his first IPL match on April 30.

With the IPL being played in harsh summer months of April and May, the players have often fallen victim to soaring temperature across the country.

Much of the injury which the players have suffered can be related to dehydration related stress.

Injuries like side strain (Mitchell Marsh), calf (Pietersen), back (Shaun Marsh and Simmons), ankle (Starc and Hastings), shin (Paris) and wrist (Smith) show that even the supremely fit international athletes have struggled to be at their optimum level.

Add to this the fact that some of the cricketers have failed to recover from injury suffered during the World T20, also played in India in March-April.

Malinga (knee), Badree (shoulder), Yuvraj (ankle), Williamson (hamstring) are the four high profile names who have been affected by injuries suffered before the IPL.

Also, cricket bodies like Australian Cricket Board have been extra careful in handling the players looking ahead to the long season, which has resulted in players leaving for their country even if the extent of injury may not have been that great.

Australia and South Africa are going to play West Indies in June for a tri-series. India are also playing West Indies in July and risking players at the cost of national teams, is definitely not on the priority list.