Sundar Raman, the Brain Behind IPL and N. Srinivasan

In 2008, Sundar Raman impressed Lalit Modi and entered the Indian cricket world as the first CEO of the cash-rich league Indian Premier League. Despite turmoil in IPL and around its main administrators , Sundar Raman has retained his position with aplomb. 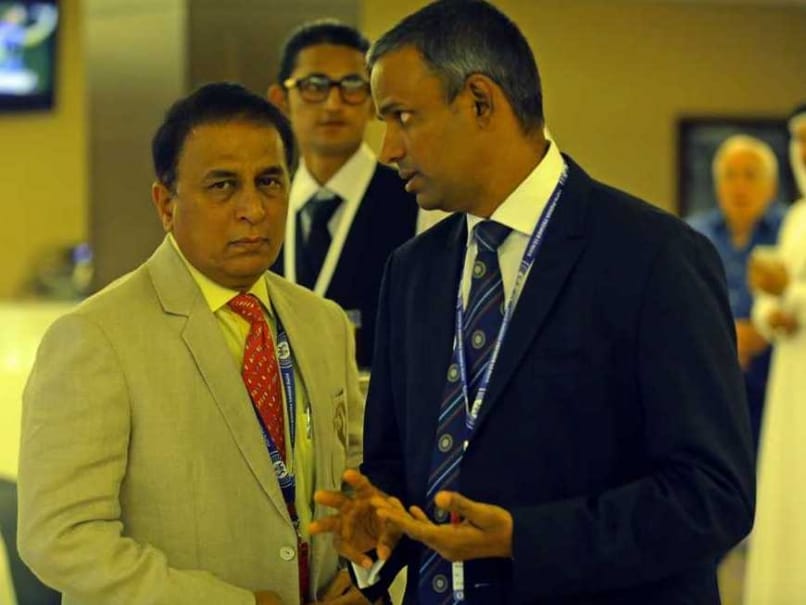 File photo of Sundar Raman (R) and Sunil Gavaskar during an IPL 2014 ceremony in Dubai.© BCCI

Sundar Raman, who many feel is the brain behind N.Srinivasan the cricket administrator, is making headlines for the wrong reasons. The Justice Mukul Mudgal Committee report on corruption in Indian Premier League links the tournament's chief operating officer with bookies. (Top 10 developments)

Like Srinivasan, there are no charges of betting or match-fixing against Sundar Raman but his passive role in checking betting is equally serious. Mudgal's report says Sundar Raman "contacted a bookie's contact eight times in one season. He received information about Srinivasan's son-in-law Gurunath Meiyappan and Raj Kundra taking part in betting but did not act." (Also read: When Indian players broke down before Mudgal committee)

Sundar Raman, believed to be Srinivasan's right-hand man, has been served a notice by the Supreme Court and his lawyers will reply when the IPL scam hearing comes up on November 24.

Sundar Raman has been the face of IPL. At auctions and at top events, he has always been at the forefront. So much so that even Sunil Gavaskar, who was deputed by the Supreme Court to run IPL 2014 after Srinivasan was asked to step aside from his position as Board president, trusted Sundar Raman's abilities as the tournament's chief operating officer.

Rejected by the Indian Institute of Management (IIM), Raman built his reputation as a media planner. The Chennai Super Kings fan is a post-graduate in advertising and communications management and a graduate in applied sciences. He has led the strategic media thinking for some of the biggest brands in the region such as Unilever, PepsiCo, Motorola, Samsung and Amex.

Before joining the IPL in February 2008, Sundar Raman's was Managing Director of MindShare. He was responsible for growing MindShare's business in India while providing strategic direction and operational focus. He seemed to be a perfect fit in then IPL commissioner Lalit Modi's scheme of things. Reportedly, Modi gave Sundar Raman a Rs 1-crore pay cheque.

Sundar Raman's stature under Srinivasan's tenure grew every day. It is said that Sundar Raman was the brain behind the 'Big Three' concept that triggered a massive change in the functioning of the International Cricket Council. Raman has a say in almost all business deals the BCCI cracks with sponsors and broadcasters.

When Srinivasan recently worked his way up to become ICC chairman, Raman was inducted into the commercial working group of the world body that was is in-charge of negotiating broadcasting rights with Star Group for the period between 2015-2023.

Raman was also the backroom mediator in the famous ill-fated Ravindra Jadeja-James Anderson spat during India's tour of England. While he is known to be an ardent cricket fan, Raman also auditioned during the first season of reality show Harsha ki Khoj, a programme started by ESPN-STAR Sports to groom new cricket anchors.

Comments
Topics mentioned in this article
N. Srinivasan IPL 2013 Cricket
Get the latest updates on India vs Australia Series, check out the India vs Australia Schedule for 2020-21 and Ind vs Aus live score . Like us on Facebook or follow us on Twitter for more sports updates. You can also download the NDTV Cricket app for Android or iOS.