Sri Lanka Cricket allows players in IPL, but says no to Chennai matches 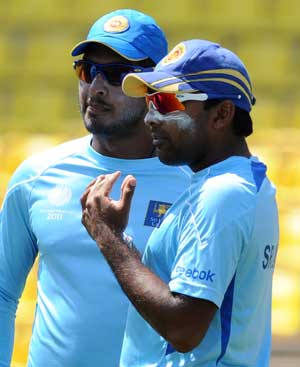 Sri Lankan cricket Board on Thursday decided top allow its cricketers to take part in the IPL but directed them not to play in Chennai after the governing council of the high-profile Twenty20 league decided to withdraw them from the games to be held there.

"Discussions were held with Minister of Sports regarding the release of Sri Lanka players for IPL 2013. Based on a note sent by Minister of External Affairs regarding the safety of players, it was decided that No Objection Certificates issued to the players be restricted to exclude their appearance at any venue in Tamil Nadu and also to obtain the Players' personal opinion on their willingness to participate in the event," said a statement from Sri Lanka Cricket.

"At initial stages, SLC liaised with BCCI and obtained Safety Guarantees for their participation and conveyed their assurances to each individual player. If and when the players express their intention to play in the IPL 2013, they would be permitted to proceed with the restriction indicated on playing in the state of Tamil Nadu," the statement said.

Sports Minister Mahindananda Aluthgamage said yesterday that no player would be allowed to proceed without the safety guarantees from the Indian government.

Thirteeen Sri Lankan players, including two captains of their respective teams, are in the squad of different franchises for the sixth edition of the IPL.

Bowing to intense political pressure, top Sri Lankan players were yesterday withdrawn from the Chennai matches of the IPL after Tamil Nadu Chief Minister Jayalalithaa refused to host them in view of the prevailing anti-Sinhalese sentiments in the state.

Comments
Topics mentioned in this article
Cricket IPL 2013 Pankaj Dharmani Thilan Samaraweera Sri Lanka Cricket Team TN Volleyball
Get the latest updates on IND vs NZ 2021, check out the Schedule and Live Score . Like us on Facebook or follow us on Twitter for more sports updates. You can also download the NDTV Cricket app for Android or iOS.