Sreesanth Would Never Cheat Cricket, We Have Faith in Judiciary, says His Mother

Sreesanth's cricketing fortunes nosedived when he was arrested on May 16, 2013 and was in jail till June 11, following his alleged involvement in match fixing and has been serving a life ban from the game. 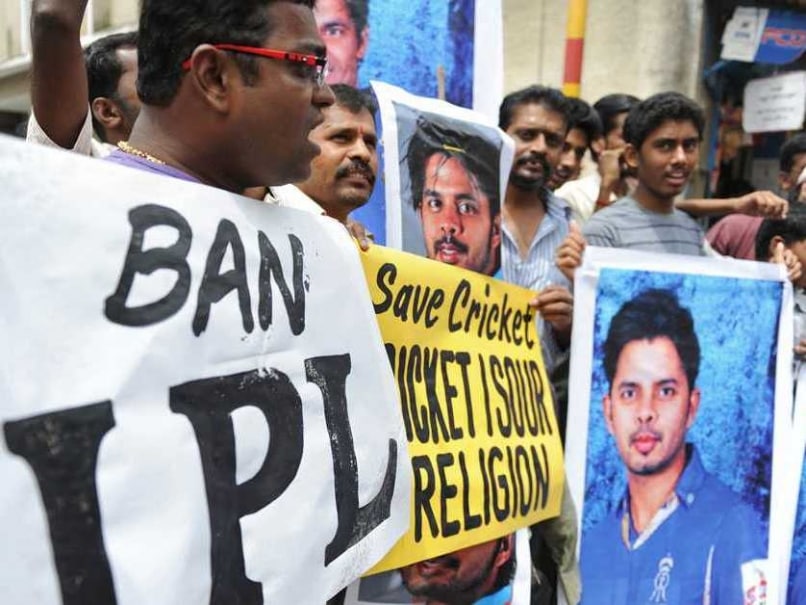 File Photo: Sreesanth was banned by the BCCI for his role in alleged spot-fixing scandal in IPL 2013.© AFP

Former India pace bowler S. Sreesanth's mother has expressed full faith in the judiciary as a court in Delhi is expected to deliver its verdict on June 29 on framing charges against the cricketer for his alleged involvement in a match fixing case registered against him and few others in 2013.

The Delhi Police had invoked the Maharashtra Control of Organised Crime Act (MCOCA) against Sreesanth and on Saturday, Delhi's Patiala House court posted the case for pronouncing the verdict to be delivered on next Friday.

"Just as we have faith in God, we have faith in judiciary. We know Sree will never ever cheat cricket as cricket is his life and passion," said Sreesanth's mother Savithri Devi, a retired banker, to the media here on Saturday.

Sreesanth's cricketing fortunes nosedived when he was arrested on May 16, 2013 and was in jail till June 11, following his alleged involvement in match fixing and has been serving a life ban from the game.

"We all know that he is innocent and for a cricketer a loss of two years is a very long period," said his sister.

Following the case, he was suspended from all forms of cricket and he keeps himself busy by doing TV programmes.

Early this month he became a father to a baby girl. His wife Bhuveneshwari Kumari belongs to a royal family in Rajasthan and the two got married In December, 2013.

Sreesanth is just the second Keralite to represent the country's cricket team and has played in 27 Tests (87 wickets), 53 ODIs (75) and 10 T20Is (seven wickets).

Comments
Topics mentioned in this article
Sreesanth IPL 2013 Cricket
Get the latest updates on IPL 2021, IPL Points Table , IPL Schedule 2021 , live score . Like us on Facebook or follow us on Twitter for more sports updates. You can also download the NDTV Cricket app for Android or iOS.