Six bookies, financiers arrested in Chennai on suspicions of spot-fixing

Talking to the media, the police said they got tip-offs on bookies in Chennai after the arrests made by the Delhi police yesterday. 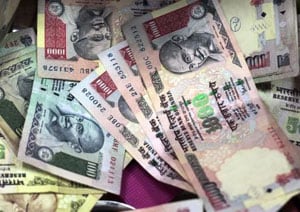 Six people including bookies and financiers have been arrested in Chennai on suspicions ofÂ  spot-fixing in the Indian Premier League season. Sources say, at least fourteen lakhs cash has been recovered from them.

The Chennai police has also recovered mobile phones and computers which indicates betting of up to Rs. one crore.

Talking to the media, the police said they got tip-offs on bookies in Chennai after the arrests made by the Delhi police yesterday. Raids were conducted in 13 places. Bookies took orders from Delhi. These bookies then made calls to Delhi, Hyderabad, Ahmedabad, Mumbai.

However the police maintain that they have still not managed to establish any link to IPL players. The arrests are only related to betting as of now, not fixing, they say.

On Thursday, 14 people, including Sreesanth and two other Rajasthan Royals' players Ankeet Chavan and Ajit Chandila were arrested by the Delhi police for spot-fixing in three matches in the current IPL season.

Comments
Topics mentioned in this article
Cricket Lalit Modi IPL 2013
Get the latest updates on ICC T20 Worldcup 2022 and CWG 2022 check out the Schedule, Live Score and Medals Tally. Like us on Facebook or follow us on Twitter for more sports updates. You can also download the NDTV Cricket app for Android or iOS.