The BCCI's tours and fixtures committee, headed by Rajeev Shukla, will meet on Tuesday to finalise the venues of the series. The BCCI is also planning a grand farewell for Sachin Tendulkar, it has been learnt. 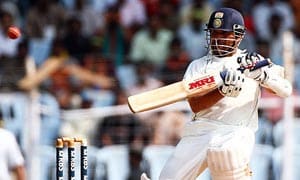 Mumbai's Wankhede Stadium is set to host the farewell Test for Sachin Tendulkar after the legendary batsman expressed a wish to play his landmark 200th match against the West Indies next month in front of his home crowd. (Read: Sachin's coach Ramakant Achrekar wants to watch his 200th Test in the stadium)


"He has expressed his wish that the second and final Test of the series be held in Mumbai," Sawant added. (Read: Brabourne and Wankhede fight for Sachin's 200th Test as BCCI plays truant)


A top BCCI official said that Mumbai is almost certain to host the historic match though it will be made official only after the BCCI's tours and fixtures committee meets.

The BCCI's tours and fixtures committee, headed by Rajeev Shukla, will meet on Tuesday to finalise the venues of the series.

The BCCI is also planning a grand farewell for Tendulkar, it has been learnt.

Kolkata's Eden Gardens and Wankhede were the frontrunners to host Tendulkar's farewell Test but the champion batsman's letter to the board has swung it in favour of Mumbai, the city which gave the sport the greatest cricketer of the modern era.

The BCCI had squeezed in the home series against the West Indies to give Tendulkar an opportunity to retire in front of his home fans.

The Caribbean side will also play three ODIs slated for November 21, 24 and 27.

Tendulkar had yesterday announced his decision to retire from Test cricket after playing his landmark match, bringing an end to the intense speculation about his future.

The 40-year-old Tendulkar, who has not been in the best of form in recent times, informed the BCCI about his decision to quit Test cricket after a glorious career spanning 24 years.

He has already retired from the IPL and the Champions League T20 event after his franchise Mumbai Indians won both the titles this year.

Comments
Topics mentioned in this article
Cricket IPL 2013 Ravichandran Ashwin Sachin Ramesh Tendulkar Wankhede Eden Gardens
Get the latest updates on ICC T20 Worldcup 2022 and CWG 2022 check out the Schedule, Live Score and Medals Tally. Like us on Facebook or follow us on Twitter for more sports updates. You can also download the NDTV Cricket app for Android or iOS.