National Cricket Academy physio told me that I need some time to get fit: Manoj Tiwary

Manoj Tiwary was named as a 17th member in the squad, won't be available for Bengal's quarterfinal against Railways from January 8-12. 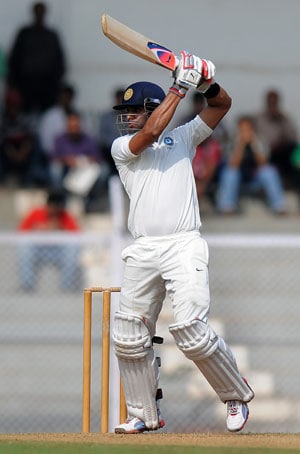 He is recuperating from a knee surgery and Manoj Tiwary, who wanted to play the Ranji Trophy quarter-final against Railways will have to wait for some more time before he gets 100 percent match-fit.

Tiwary was named as a 17th member in the squad, won't be available for Bengal's quarterfinal against Railways from January 8-12.

"The physio here told me that I need to have at least four to five running sessions which will be an indicator of how much strength has returned in my knees. Today, there wasn't any fitness test but only fitness assessment. As of now I am not available for the quarter-final. I will only make a comeback when I am fully match-fit," Tiwary told PTI over phone from Bangalore.

When asked about how he felt after resuming batting at the Bengal nets, Tiwary said, "There wasn't any discomfort as such but some of the little things still needs to be assessed. I have batted against the spinners but I haven't really used my feet against them at the nets.

"Also, there is running between the wickets where you hav to swiftly turn for twos and threes. During the turning, there would be pressure on the knees. The physio needs to assess how my knees are holding during that pressure. I am keeping my fingers crossed and hoping that I will pass the fitness test and be available if Bengal qualified for the the semi-final," Tiwary said.

As of now Tiwary is not coming back to Kolkata.

"I will not be back in Kolkata right now. I am here till my fitness test is conducted and I go through the routines given to me by the NCA physio," Tiwary concluded.

Comments
Topics mentioned in this article
RLY BEN West Indies vs India 2011 Wasim Jaffer Irfan Pathan Cricket IPL 2013 Vikram Solanki Paul Valthaty Virat Kohli Manoj Tiwary
Get the latest updates on IPL Auction 2023 and check out  IPL 2023 and Live Cricket Score. Like us on Facebook or follow us on Twitter for more sports updates. You can also download the NDTV Cricket app for Android or iOS.