IPL Scam Probe: N. Srinivasan to be Quizzed in Chennai

Senior IPS officer BB Mishra, who is also the deputy director general of Narcotics Control Bureau (NCB), during his stay in Chennai will be questioning former BCCI president and ICC chairman N Srinivasan as part of investigations into the betting and match-fixing scandal during the sixth edition of IPL. 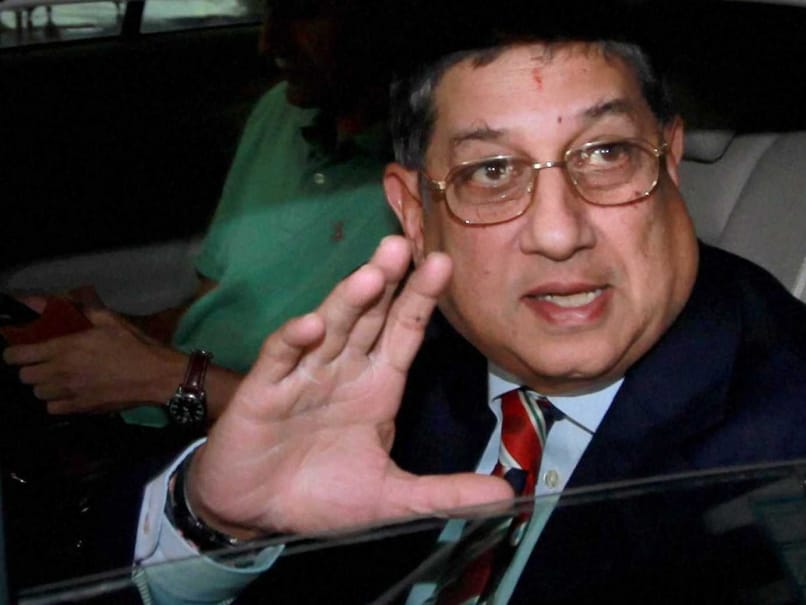 BB Mishra, one of the prominent members of the Supreme Court-appointed Indian Premier League probe commission headed by (Retd) Justice Mukul Mudgal, is in Chennai to carry out the investigation into the betting and match-fixing scandal during the sixth edition of IPL.

Senior IPS officer Mishra, who is also the deputy director general of Narcotics Control Bureau (NCB), during his stay in Chennai will be questioning former BCCI president and ICC chairman N Srinivasan.

"Mr Mishra and his team is now travelling across the country on investigation purpose. He will be in Chennai till August 16th during which he is supposed to question Srinivasan and Gurunath. He will also have a meeting with some of the IPS officers in Chennai," a top source in the BCCI told PTI on Thursday.

There is a possibility that the Mudgal Commission might request the Supreme Court for an extension from its current deadline of submission of the report on August 31.

When Justice Mudgal was asked about extension, he was non-committal.

"We have not yet decided about it," Justice Mudgal said.

However, there is a possibility that the Commission will wait for the India versus England series to get over as they intend to speak to some of the top cricketers.

The England series will only get over on September 7.

"There is a possibility that the commission after reviewing the investigations carried out during the Chennai leg will appeal to the Honourable Supreme Court for an extension," the source added.

Comments
Topics mentioned in this article
N. Srinivasan IPL 2014 IPL 2013 Cricket
Get the latest updates on India vs England Series, India vs England , live score and IPL 2021 Auction . Like us on Facebook or follow us on Twitter for more sports updates. You can also download the NDTV Cricket app for Android or iOS.