LoC tension hits sporting ties: 9 Pak hockey players to be sent back; women's cricket team may not be called for World Cup

Indian politicians and sportsmen have spoken strongly in support of the eight Pakistani players who are part of the league. "Any player or artist who comes from across the border can only fill hearts with love," said former cricketer Navjot Singh Sidhu, the brand ambassador for HIL and a BJP Member of Parliament. 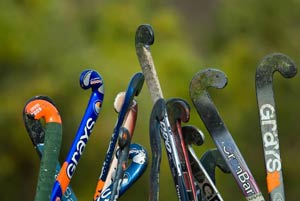 All Pakistani hockey players in the Hockey India League (HIL) will return home. The decision to send back the players comes in the wake of protests by some political groups against their participation in HIL games after recent cease-fire violations by Pakistan, and the barbaric killing of two Indian jawans by Pakistani troops. Meanwhile, sources say the Pakistan women's cricket team will not be invited to the World Cup starting in India later this month. The Board of Control for Cricket in India (BCCI) has written to the International Cricket Council or ICC on concerns over security for the team.

Here are 10 big facts on this story:

1. The decision was mutually agreed upon by Hockey India and the Pakistan Hockey Federation (PHF) considering the "extraordinary situation," HIL president Narinder Batra said on Tuesday.

2. The PHF is said to have expressed understanding of the situation. All players will receive their contract payment for 2013 in full despite not playing in HIL games.

3. Hockey India has decided to allow franchisees to exercise the replacement clause to replace the Pakistan players.The tournament began on Monday and will play out till February 10.

4. Representatives of Hockey India League (HIL) met with the Deputy Commissioner of Police in Mumbai on Tuesday afternoon regarding protests against Pakistani players and security concerns, according to sources.

5. Rajiv Shukla, Minister of State for Parliamentary Affairs said, "Whatever reactions we are getting from different political parties and protest groups, we will convey to the ICC and, accordingly, ICC will have to take a decision." He added that any "decision will be taken keeping in mind the sentiments of the people." The BCCI reportedly wants fixtures featuring the Pakistan team to be moved out of Mumbai.

6. Adding to the controversy, Shiv Sena spokesperson, Sanjay Raut, on Tuesday said, "We banished the Pakistani hockey players from Maharashtra. We hope that all our political parties will take note of it."

7. Indian politicians and sportsmen have spoken strongly in support of the Pakistani players who are part of the league.Â  "Any player or artist who comes from across the border can only fill hearts with love," said former cricketer Navjot Singh Sidhu, the brand ambassador for HIL and a BJP Member of Parliament.

8. Reacting to the protests, former hockey player Jugraj Singh said it was unfair to target sportspersons. "Players always build, they do not break. We should respect those who build and insult those who break (sic)," he asserted.

9. On Sunday, a group of Shiv Sena workers had protested outside Mumbai's Churchgate Stadium, where the Mumbai Magicians team was training. On Monday, during the inaugural match between the Delhi Waveriders and Punjab Warriors, two Hindu Yuwak Sabha members attempted to get on to the ground at the National Stadium and disrupt the game.

10. Diplomatic and military conflicts between the two neighbours have often hit bilateral sporting ties, especially in cricket. Between the 26/11 attacks and the recent ODI series, the only time the Pakistan cricket team visited India was during the 2011 World Cup. The recent T20 and ODI was the first bilateral series between the two sides in five years.

Comments
Topics mentioned in this article
Hockey India League IPL 2013 Pakistan Cricket Team Dilip Balwant Vengsarkar Hockey
Get the latest updates on ICC T20 Worldcup 2022 and CWG 2022 check out the Schedule, Live Score and Medals Tally. Like us on Facebook or follow us on Twitter for more sports updates. You can also download the NDTV Cricket app for Android or iOS.