IPL was clean during my time, says Lalit Modi

Former chairman of the cash-rich T20 championship slams current administration due to a lack of governance, says he ignored threats from the underworld to keep IPL scandal free 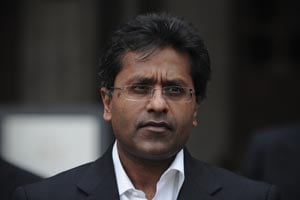 Former chairman of the Indian Premier League said Thursday was the sad day for Indian cricket. Speaking to the media after three Rajasthan Royals players, including Sreesanth, was arrested allegedly for spot-fixing at least three separate IPL games, Modi slammed the current IPL organisers for "lack of governance."

Modi said: "There is no mechanism now, there is no governance in IPL", adding that the BCCI, the owners of the T20 league, may have ignored warnings from the International Cricket Council.

Former Indian Test spinner and Member of Parliament Kirti Azad too had indicated this on Thursday morning when the news of the troika's arrest in Mumbai broke.

"During my time there were no reports of spot-fixing, match-fixing in IPL. The tournament was clean," said Modi. Saying the IPL took all precautions to guard against match-fixing, Modi said the spot-fixing incidents reflected poorly on the system of governance.

"There is no mechanism to govern IPL. Money was always there in sports worldwide but we took all precautions in IPL," said Modi, adding that he was transparent in his dealing. "I addressed the media every day when I was the IPL chief but now the management doesn't answer," Modi said.

The 49-year-old Modi was suspended by the BCCI in April 2010 for financial irregularities. He was also under fire for helping his family and friends buy stakes in Indian Premier League teams. Many credit IPL's financial success to Modi.

"I was the target of underworld because I had zero tolerance on match-fixing," said Modi in a TV interview on Thursday. "But when I was in charge, the IPL never had an issue with match-fixing," Modi concluded.

Comments
Topics mentioned in this article
Cricket IPL 2013 Lalit Modi Sreesanth Rajasthan Royals
Get the latest updates on India vs South Africa and check out  Schedule, Results and Live Score. Like us on Facebook or follow us on Twitter for more sports updates. You can also download the NDTV Cricket app for Android or iOS.