Ahead of the late night meeting, Shashank Manohar told the media that he had come to the city following summons from Jagmohan Dalmiya. 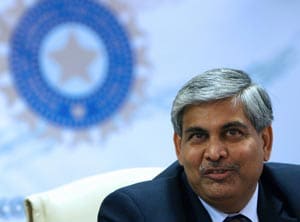 Ahead of the late night meeting, Manohar told the media that he had come to the city following summons from Dalmiya. (CSK, RR's Fate in BCCI's Hands: RM Lodha)

"He called me. That's why I have come. I don't know whatever he wants to discuss, whatever opinion he wants. I'll give him," said Manohar, a renowned lawyer. ('Fans Have Been Cheated, Cricket's Purity at Stake')

He said the verdict of the Justice Lodha committee's report should be honoured. (Chennai's Suspension Harsh: Top BJP Leader)

However, Manohar refused to answer any further posers about the controversy, saying: "You should ask the board secretary." (Bishan Bedi Slams BCCI, Says IPL Isn't About Principles but Only Profits)

The meeting started at around 11 p.m. (The Rise and Fall of the Indian Premier League Brand)

The two Indian Premier League franchises CSK and RR have been suspended for two years were on Tuesday suspended from the league for two years by the Supreme Court-appointed Justice Lodha Committee in the spot fixing and betting scandal that rocked the cash-rich Twenty20 tournament in 2013.