The IPL Governing Council, headed by Rajeev Shukla, is expected to delve deep into the finer points of the strong judgment issued a few days ago by three-member Supreme Court-appointed panel headed by former Chief Justice of India, RM Lodha. 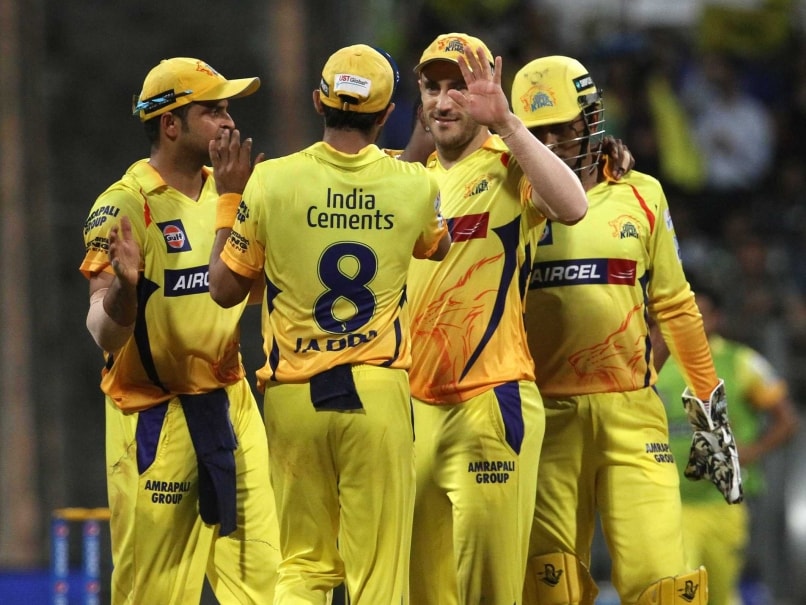 CSK have been suspended for two years.© BCCI

The Governing Council of the popular but troubled Indian Premier League will meet here tomorrow to discuss the repercussions of the suspension of Chennai Super Kings and Rajasthan Royals, and also to chalk out a new roadmap for the T20 event. (IPL Scam: Top-Ten Development)

Star-studded Chennai Super Kings, two-time IPL champions, and inaugural edition winners Rajasthan Royals were suspended from the T20 League for two years as punishment for betting activities of their key officials Gurunath Meiyappan and Raj Kundra during the 2013 season. Meiyappan, the former Team Principal of CSK, and Kundra, co-owner of the Rajasthan Royals, were suspended for life for indulging in betting and bringing the IPL and the game into disrepute. ('Fans Have Been Cheated, Cricket's Purity at Stake')

Justice Lodha Committee was constituted by the Supreme Court in January this year with its terms of reference being to announce the quantum of punishment against Meiyappan, Kundra and the two franchisees -- India Cements Ltd, owner of CSK and Jaipur IPL, owners of Rajasthan Royals. (Chennai's Suspension Harsh: Top BJP Leader)

The IPL governing body urgently needs to chart out a smooth road map for the cash-rich but controversy-ridden T20 League, owned by the Cricket Board (BCCI), that has teetered on the edge for quite some time. (Bishan Bedi Slams BCCI, Says IPL Isn't About Principles but Only Profits)

IPL GC has to negotiate a very tricky and rock-strewn path full of legal hurdles such as conflict of interest issues, which had brought it to its knees in the first place. (The Rise and Fall of the Indian Premier League Brand)

It has quite a few options in front of it to resurrect the falling reputation and credibility of the league which has taken one hit after another over the years since it started with a bang in 2008.

Putting on a brave face Shukla had commented after the judgment that the controversy-ridden IPL remained a "robust" product, insisting that the event will come back stronger with a minimum of eight teams.

"We are always concerned about IPL and let me assure you the next edition will be a bigger success. IPL is a robust product and this judgement (suspension of teams) should not affect IPL as a product. The idea is to have the tournament in full format with a minimum of eight teams. We can't hold the event with six teams," Shukla had said.

According to Shukla one of the options available for the IPL is to run the two suspended teams with BCCI control.

"There are many options available and we will discuss them all in the meeting on Sunday. One option is that BCCI runs the two teams and responsible people will be deputed for the job," he had said ahead of the meeting.

However, views have already been expressed in some quarters that if this is the road the BCCI takes then conflict of interest issues could crop up again.

"We will deliberate on their (Lodha Committee) report in the meeting. After that, a sub-group will be constituted and it will study the report. Based on that, we will decide how the report will be implemented," Shukla had added.

Justice Lodha had also said a day after delivering the judgment that the BCCI was free to terminate the IPL franchises. Lodha's clarification came in the wake of some confusion over the committee's proposal, specifically over the extent to which the BCCI can act against the two franchises as follow-up to the committee's decision. 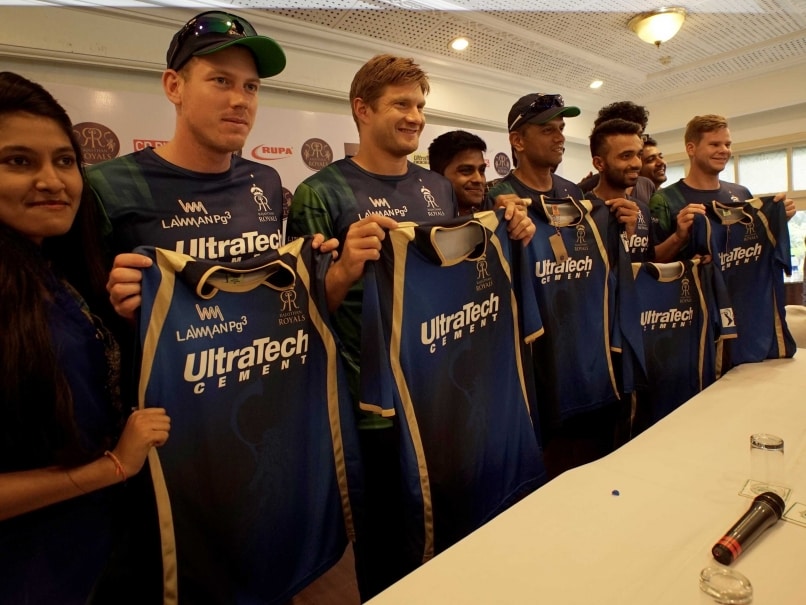 Rajasthan Royals has been suspended by Lodha panel for two years

"It is for the BCCI to consider terminating the teams and the Supreme Court judgment is clear on that. The BCCI can do that," Justice Lodha had told a TV channel.

Asked why the Supreme Court-appointed Lodha committee itself didn't ban the franchise, Justice Lodha said: "We have been appointed as a disciplinary committee and (Clause) 11.3 deals with contractual obligation and that has to be dealt by BCCI, so we can't go into it."

Clause 11.3 (c) of the BCCI-IPL franchise agreement says the agreement can be terminated if "the Franchise, any Franchise Group Company and/or any owner acts in any way which has a material adverse effect upon the reputation or standing of the League, BCCI-IPL, BCCI, the Franchise, the team (or any other team in the League) and/or the game of cricket."

Justice Lodha's statement could even be a green signal for the BCCI mandarins to deliberate on the initial possibilities of even terminating the two franchises and bring in two new teams through a tendering process.

To further heighten the suspense former BCCI President Shashank Manohar, a lawyer himself, had met current incumbent Jagmohan Dalmiya in Kolkata yesterday apparently to put forth his views on the matter.

It was under his Presidentship that the contracts of four former franchises - Rajasthan Royals, Kings XI Punjab, Kochi Tuskers Kerala and Sahara Pune Warriors - were terminated for not sticking to IPL's governing rules.

Royals and Kings XI took the legal route to reclaim their spots only for the former to be debarred for the next two years by the Justice Lodha panel.

It's certain that Manohar, not a member of the IPL GC, would have told Dalmiya of what needs to be done to restore the prestige and reputation of IPL that have nosedived steadily over the years after a spectacular start in 2008.

Meanwhile, Justice (retired) Mudgal, who headed the Supreme Court-appointed committee to investigate the 2013 IPL spot-fixing and betting scandal, has suggested yet another way out in an interview to a newspaper.

He feels the way out is to invite two new franchises (through legal tenders) on board and loan (football style) the players from the suspended CSK and RR to these two teams for two years so that they can go back to their original franchises once these two teams return to IPL after serving their two-year suspensions.

However, the big question is - what happens to the two new franchise teams' composition once the leading players of CSK and RR return to their original teams, specifically how do they strike a good team balance in the new scenario after the 2017 edition.

The return of CSK and RR, after two new franchises are brought on board, will mean a 10-team IPL and more playing days and matches.