The failure of Pune batsmen to chase reasonable targets have angered NDTV experts Farokh Engineer and Dean Jones. Pune are languishing at the bottom of the IPL table with just  two wins from 10 games. 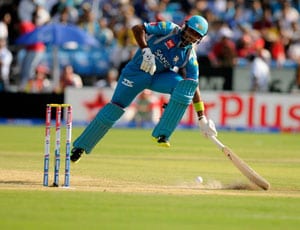 Pune Warriors toothless performance in the Indian Premier League 2013 has angered cricket experts. Tuesday night's 37-run defeat against Chennai Super Kings at the Subrata Roy Stadium has only won Pune some 'laurels' no cricket team will be proud of.

Former Indian batting star and NDTV expert Farokh Engineer has called the Warriors "rabbits" and suggested the entire team management should be sacked for the team's string of lackluster performances. Chasing a target of 165, Pune's top order failed, with Indian stars Robin Uthappa (10) and Yuvraj Singh (5) showing little stomach for a fight.

Former Australian expert Dean Jones had predicted a "bloodbath" and it almost became one. "The Pune warriors were like rabbits caught in the headlights. They panicked and didn't know where to go. The entire team is useless. Sack the coach, manager and players," an angry Engineer said. Former South African speedster Allan Donald is the head coach of Pune Warriors. Two former Indian players, Deep Dasgupta and Praveen Amre are also part of the backroom staff.

Jones felt it was Pune's bowling that let the team down as much as the top five batsmen. "You have to have your nerve and hold your heart and the confidence to do it," Jones said, adding, "Pune doesn't have the X-factor in either bowling or batting."

Pune leaked 61 runs in the last five overs with Mahendra Singh Dhoni smashing four fours and three sixes and Suresh Raina finishing unbeaten on 63 as Chennai ended with 164 for 3 in 20 overs.

Two-time champions Chennai remain on top of the IPL table with 16 points from 10 matches and already have a foot in the final stages of the tournament. Both Jones and Engineer feel the top four teams will be Chennai, Mumbai, Rajasthan and Bangalore. Engineers adds Sunrisers Hyderabad are a dark horse to make the last-four grade too. "It's going to be one between Hyderabad and Rajasthan," he said.