Frans Cronje, brother of the former South African skipper who was the first to admit to match-fixing in 2000, expresses surprise that players haven't learnt any lessons from his brother's sensational fall from grace. 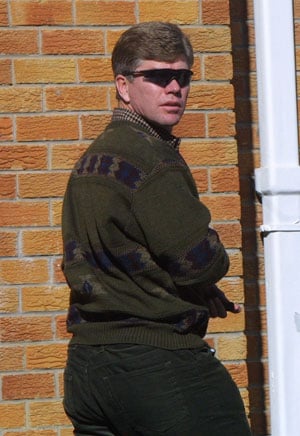 Frans Cronje, the brother of Hansie, who was the first cricketer to admit to match fixing, has expressed surprise that the malaise still afflicts cricketers despite all these years. Hansie admitted his association with bookmakers in 2000, soon after a tour of India. On Thursday, cricket was hit with yet another fixing controversy when international player S Sreesanth, Mumbai first-class spinner Ankeet Chavan and Haryana tweaker Ajit Chandila were arrested in Mumbai after the Indian Premier League match involving their team Rajasthan Royals and Mumbai Indians.

Meanwhile, cricket lovers cannot stomach the fact that cricketers are getting involved with absolute taboos despite all the examples, education, knowledge and role models they are exposed to. The 2010 spot fixing controversy involving Pakistani players and last year's sting operation that nailed Indian domestic players have obviously not had an effect on some weak cricketers.

"In a sense, it does surprise me that players still get involved with bookies and think they can get away with it. But, on the other hand, I always had a sense that the corruption would continue, because there is just so much money involved," Frans, a former domestic player, now a film producer, told MiD DAY from South Africa. Frans' film Hansie was released a few years ago. A part of it dwells on how his brother succumbed to persistent bookies just like Rajasthan Royals' tainted trio.

Hansie (33) was killed in an air crash in 2002. While Frans (46) is surprised over players succumbing to evil forces, he doesn't seem shocked with the presence of sporting corruption. "As long as there is betting on sport, there will be corruption I suppose. I think there are measures that can be implemented to protect players, but in the end it will still be every player's own decision to say no or yes. "All the players are adults, even the younger players and they have a responsibility to make the right decisions." While Frans urged people to watch the film, what he said at the time of its release hold true: "They (bookies) worked on Hansie for years and years, never taking no for an answer.

They are also very clever and sly with the way they lure young players in." He stated yesterday: "I would recommend that all people watch the movie that we made about Hansie, because this shows very clearly the consequences of wrong decisions. The movie is available on DVD in English, Hindi and Tamil in India. Fortunately, there is also the fact that we all make bad decisions at some point in our lives and again I think Hansie was a good example of repenting and correcting the mistakes."

Comments
Topics mentioned in this article
Cricket Sachin Ramesh Tendulkar IPL 2013 Herschelle Gibbs Sreesanth Ankeet Chavan NM Arendse Wessel Johannes Cronje
Get the latest updates on India vs South Africa and check out  Schedule, Results and Live Score. Like us on Facebook or follow us on Twitter for more sports updates. You can also download the NDTV Cricket app for Android or iOS.