Chennai, who were on a red hot streak with seven wins on the trot, haven't been the same since Mumbai Indians brought an end to that impressive run. They've lost two of their last three matches, but the side has often bounced back from disappointing losses. 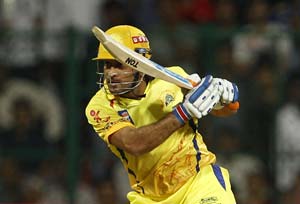 With three matches remaining in what has been a disappointing Indian Premier League 2013 campaign, Delhi Daredevils will hope to express themselves freely, now that they no longer have to think of qualification equations. They will want to end the tournament on a high, but that won't be easy when they face Chennai Super Kings at the MA Chidambaram Stadium on Tuesday.

Chennai are second on the points table at the moment, but they haven't yet confirmed a spot in the playoffs. With teams closely stacked together, Chennai will not want to leave their fate hanging till their last game against Royal Challengers Bangalore on May 18. A victory for Chennai, who have 20 points, will be enough to take them through, though they can still make the cut even if they lose both remaining matches, provided some other results go their way.

Chennai, who were on a red hot streak with seven wins on the trot, haven't been the same since Mumbai Indians brought an end to that impressive run. They've lost two of their last three matches, but the side has often bounced back from disappointing losses. They showed that against Sunrisers Hyderabad by notching up 223 after capitulating for 79, the tournament's lowest total, against Mumbai. Coming off a deflating five-wicket loss to Rajasthan Royals on Sunday (May 12) after dominating the game for the most part, they will look to set things right on home turf.

The form of the top-order, given the dominance of Michael Hussey, Suresh Raina and Mahendra Singh Dhoni, has meant batsmen like S Badrinath, Dwayne Bravo and Ravindra Jadeja haven't had too much of a hit. At the doorstep of the playoffs, Chennani will look to iron out the inconsistencies that have crept into their game, especially on seamer-friendly pitches. On the face of it, given their ability to deliver in crunch situations, they won't be too perturbed by a couple of losses, but one wrong step at this stage could possibly come back to haunt them later.

Meanwhile, Delhi have tried several combinations but haven't been able to zero in on the ideal one, which perhaps explains their eight position in the points table. With just three wins in 13 matches, they have nothing to lose and will be hoping to play party-poopers. For starters, they will be without Mahela Jayawardene, the designated captain, due to the ban on Sri Lankan players in Chennai. But the team management was tactful by allowing David Warner to have a feel of captaincy by giving him the job in the previous game, which they lost to Bangalore by four runs. 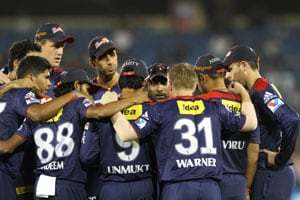 With the mix and match of the young Indian players, the team hasn't always had a reliable middle order, which is why it is all the more important for Warner and Virender Sehwag to come up with vital contributions if they are to compete. Unmukt Chand will also want to prove himself after an indifferent season.

The bowling attack, touted to be one of the more challenging units with Morne Morkel and Umesh Yadav as spearheads, hasn't lived up to expectation, and Irfan Pathan has been patchy at best. What they would be hoping for is all of them to click together for one last burst in the tournament.

Chennai emerged victorious by 86 runs the last time the two sides met on April 15 and Delhi will be itching to reverse their fortunes.

Comments
Topics mentioned in this article
Cricket IPL 2013 Chennai Super Kings Delhi Daredevils
Get the latest updates on ICC T20 Worldcup 2022 and CWG 2022 check out the Schedule, Live Score and Medals Tally. Like us on Facebook or follow us on Twitter for more sports updates. You can also download the NDTV Cricket app for Android or iOS.