Chennai Super Kings (79 all out) registered their lowest total in the IPL, eclipsing the 109 against Rajasthan Royals at Jaipur on May 4, 2008. 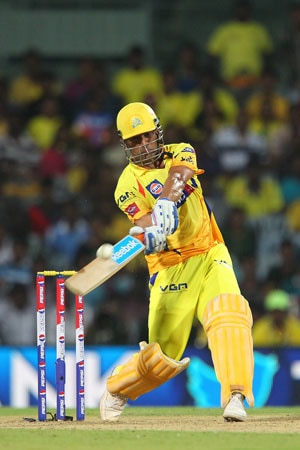 Chennai Super Kings captain Mahendra Singh Dhoni has described his team's batting against Mumbai Indians at Wankhede Stadium on Sunday as a "comedy or errors."

Chasing Mumbai's 139, Chennai were bundled out for 79 in less than 16 overs as the former two-time champions crashed to their biggest loss by runs margin in the Indian Premier League, surpassing the 36-run loss to Royal Challengers Bangalore at the Chinnaswamy Stadium on March 23, 2010.

"Before the match our coach Stephen Fleming was a bit worried about us being complacent. I think that was on the cards after winning seven games in-a-row. Mentally we were not into this game at all," Dhoni said after the game. "We should have got 140. There was a comedy of errors, especially, in the batting department."

Sunday's derby will remain etched in the minds of the fan for many reasons. If Kieron Pollard's hattrick of dropped catches - the big West Indian floored Mike Hussey of three successive Mitchell Johnson deliveries - was a first in the history of IPL, Chennai's batting was anything but school-boyish.

It was an irony of sorts for a team that has IPL 6's leading run-getter - Hussey with 507 runs - to record the fourth lowest in the IPL history and the lowest by any team in the present competition.

Dhoni said: "I think it was a good wake-up call for us," he said. "With a few more games to go, we got it at the right time."

Some interesting stats from the match:

Chennai's defeat is their biggest by runs margin at the IPL, surpassing the 36-run loss to RCB at Bangalore on March 23, 2010.

Overall, the aforesaid victory is Mumbai's fourth largest by runs margin at the IPL - the biggest being by 98 runs against Delhi Daredevils at Feroz Shah Kotla, New Delhi on March 17, 2010.

Apart from eight losses to Mumbai, no other team could beat Chennai even six times at the IPL.

Mumbai Indians have won seven and lost four out of 11 played in IPL 2013.

Chennai Super Kings have lost three and won nine out of 12 contested in IPL 2013.

After winning the first four away games, Chennai have lost their first game outside Chepauk, Chennai.

Chennai Super Kings (79) have registered their lowest total at the IPL, eclipsing the 109 against Rajasthan Royals at Jaipur on May 4, 2008.

Chennai's above total is the fourth lowest in the IPL history and the lowest by any team in the present competition.

Comments
Topics mentioned in this article
Cricket IPL 2013 Yuvraj Singh MS Dhoni Suresh Raina Chennai Super Kings Mumbai Indians
Get the latest updates on ICC T20 Worldcup 2022 and CWG 2022 check out the Schedule, Live Score and Medals Tally. Like us on Facebook or follow us on Twitter for more sports updates. You can also download the NDTV Cricket app for Android or iOS.