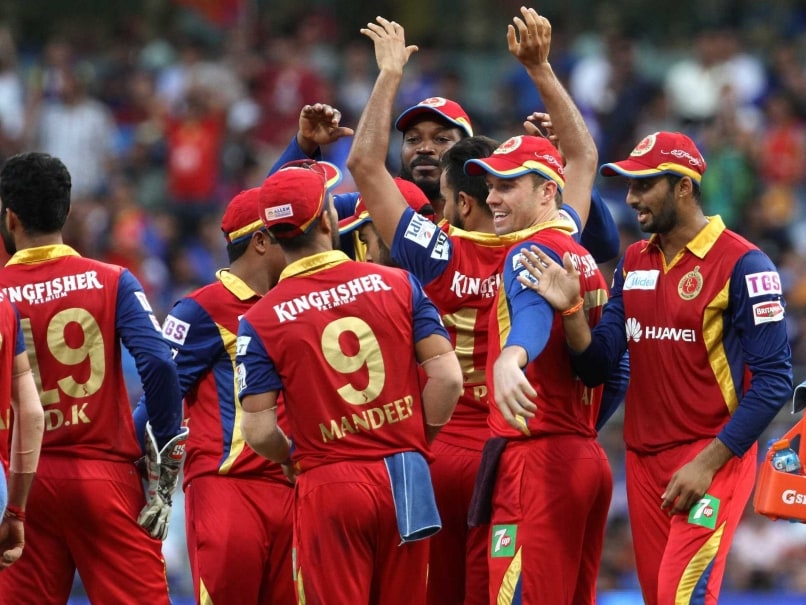 Sajjan Jindal-led JSW was reportedly in talks with Diageo to buy United Spirits' stake in Royal Challengers Bangalore. ('Fans Have Been Cheated, Cricket's Purity at Stake')

"As the JSW Group Chairman said we are interested in acquiring an IPL team, we are still interested in it, but the events in the past two days have forced us to wait and watch the situation and then take a decision after things are clear," JSW Sports CEO Mustafa Ghouse told PTI. (IPL Scam: Top-Ten Development)

He added that the situation is "too fluid" for a company to take decision and it is better to "wait and watch" how the situation unfolds in order to take any concrete decisions. (The Rise and Fall of the Indian Premier League Brand)

On July 14, a three-member panel headed by former CJI R M Lodha had suspended the Mahendra Singh Dhoni-led Chennai Super Kings (CSK) and Rajasthan Royals for two years from IPL in a clean up of cricket, hit by the 2013 betting scam involving their top officials Gurunath Meiyappan and Raj Kundra. (Sourav Ganguly Hopes The IPL Recovers From Betting Scandal)

Meiyappan, a former Team Principal of India Cements Ltd (ICL)-owned franchise CSK and Kundra, co-owner of Jaipur IPL that runs Rajasthan Royals (RR), were suspended for life from any matches conducted by BCCI.

Mustafa further said: "After the IPL event, I'm sure any company interested in buying an IPL team will wait for things to clear. We need to see the decisions of the BCCI and IPL following this. We do understand that there are 2-3 IPL teams on the block that can be acquired. Unless there is clarity, how can we go ahead with such a move."

A person in know of the developments on IPL said that JSW Group has been interested in Royal Challengers Bangalore (RCB).

"Why wouldn't they. It's among the top 3-4 teams in the league, has a very impressive lineup and is associated with a great city that is the silicon valley of India ensuring no dearth of advertisers. Added to this is that the present owners want to sell it, if they (JSW) negotiate well then they might get a good price for it," the person said.

Another source said that there is too much confusion around IPL at the moment. With two teams being suspended and talks of Kochi getting back to the IPL fold as well as 2-3 teams on the acquisition block, no one will jump in at this time. They will obviously wait and watch.

Besides cricket, JSW Sports is also exploring opportunities in kabaddi and hockey.

"Look at the first season of the Kabaddi league. It got so much of good reviews. And the hockey league has also done well. We are looking at these two sports, but nothing has been finalised so far," Ghouse said.

When asked about the importance given to cricket over other sports, he said a lot has changed for the positive in the past few years. The leagues that have come up have given such good opportunities to sports persons to extend their careers.

"This is such a great time and this is going to grow further and JSW Sports wants to be in the middle of this positive development," he noted.

Launched in 2012, the JSW Sports Excellence Programme promotes excellence in the field of sports and offers high quality training and global exposure to athletes across five sports -- athletics, boxing, judo, swimming and wrestling.

At present, the programme is mentoring 29 athletes across the five disciplines. The athletes are being trained regularly at prestigious academies in the US, Australia and Europe.

It had 23 athletes, in totality, competing at the Commonwealth Games in Glasgow and the Asian Games in Incheon, out of which 12 went on to win medals for the nation.

Besides running training academies across India, JSW is building a state of the art high performance training facility in Vijayanagar, Karnataka, which will be a first of its kind in the country, spreading over 40 acres.

It will have an IAAF approved athletics track, FINA accredited swimming and diving pool, judo, boxing and wrestling halls along with a High Performance Centre for strength training, conditioning and rehabilitation.

The facility will also house over 300 athletes, who would be training under renowned coaches from across the globe.

Comments
Topics mentioned in this article
IPL 2013 Royal Challengers Bangalore Cricket
Get the latest updates on IND vs NZ 2021, check out the Schedule and Live Score . Like us on Facebook or follow us on Twitter for more sports updates. You can also download the NDTV Cricket app for Android or iOS.