I was lucky to play for India: Rahul Dravid

Rahul Dravid considers himself lucky to have represented his country for 16 years. 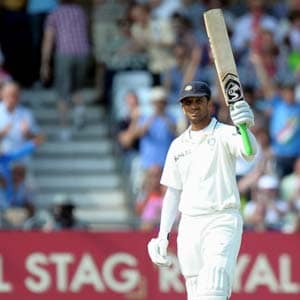 Terming the Padma Bhushan award "an honour and privilege", former India cricket captain Rahul Dravid on Thursday said he felt lucky to have represented the country for 16 years.

"But along the way when you get awards and recognitions from the government of India, from the people of this country ... it is a great privilege and honour," said Dravid during a felicitation ceremony organised by Rupa and Company Ltd. here.

The ace batsmen humbly acknowledged the opportunity to play cricket for India, a sport which is virtually a religion in this country.

"I am very lucky that I had the talent to play cricket for this country. It is the number one sport in this country ... virtually a religion in this country and I feel privileged to have played for my country.

"I couldn't have asked for anything more and on top of that to get the recognition and honour is truly a big privilege," added the Rajasthan Royals captain.

Comments
Topics mentioned in this article
Cricket Shoaib Akhtar Rahul Dravid IPL 2013 Ajinkya Rahane Kolkata Knight Riders Rajasthan Royals Ajaysinhji D. Jadeja
Get the latest updates on ICC T20 Worldcup 2022 and CWG 2022 check out the Schedule, Live Score and Medals Tally. Like us on Facebook or follow us on Twitter for more sports updates. You can also download the NDTV Cricket app for Android or iOS.