Ajit Chandila Confident of Clearing His Name in Spot-Fixing Scandal, Says God Is His Lawyer

Ajit Chandila, who has been accused of spot-fixing in the Indian Premier League, is confident of a fair trial and hopes to get his name cleared. 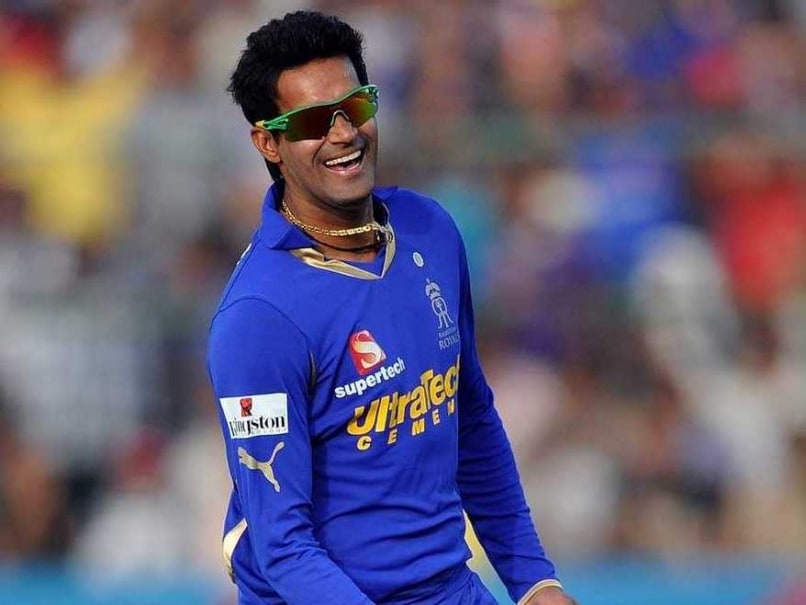 Though the Board of Control for Cricket in India's (BCCI) disciplinary committee has reserved its decision on Ajit Chandila (accused of spot fixing in the Indian Premier League by a BCCI probe) and Hiken Shah (accused of flouting the BCCI anti-corruption code) till January 5, lanky Chandila, wearing a white shirt and maroon chinos, stepped out of the BCCI headquarters with a bright smile. (BCCI To Decide Ajit Chandila, Hiken Shah's Fate on January 5)

While Shah escaped the media by exiting from the back entrance, Chandila faced the media without any qualms. (Ban on Sreesanth, Chavan and Chandila To Stay: BCCI Secretary Anurag Thakur)

He had a sheet of paper which was the transcript of a Q&A with BCCI's disciplinary committee that consists of president Shashank Manohar, Niranjan Shah and Jyotiraditya Scindia (present via video-conference). BCCI's former ACSU chief Ravi Sawani was also present when the duo were questioned for nearly an hour.

This was the first time Chandila was called by the BCCI to hear his side of the story. "I was waiting for this day. I have full faith in this BCCI committee that I will be given a fair trial. My God is my lawyer. I am keen to play for my state (Haryana) and have the ambition of representing my country," Chandila told reporters.

Chandila said there was no fresh line of questioning by the disciplinary committee. "They asked me the same questions that the Delhi police asked. I gave the same answers as I told the court. We all know what the Delhi court's verdict is," said Chandila.

Rajasthan Royals' Chandila, S Sreesanth and Ankeet Chavan, who were accused of spot fixing in 2013 IPL, were acquitted by a trial court in Delhi in July after the Delhi police failed to substantiate charges under the stringent Maharashtra Control of Organised Crime Act (MCOCA).

However, the Delhi police have decided to challenge the Delhi court's verdict for which the trio have been served a notice again.

Shah was accused of approaching his Mumbai Ranji Trophy teammate to fix matches. He approached the Bombay High Court, challenging the BCCI's suspension but the Bombay HC dismissed his petition on the grounds that Shah should approach the BCCI's disciplinary committee.

Chandila and Shah have been asked to file a written reply by January 4, a day before the verdict. The disciplinary committee also decided to issue a notice to former Pakistan umpire Asad Rauf to respond to the charges against him.

Comments
Topics mentioned in this article
Ajit Chandila IPL 2013 Cricket
Get the latest updates on Fifa Worldcup 2022 and check out  Fifa World Cup Schedule, Stats and Live Cricket Score. Like us on Facebook or follow us on Twitter for more sports updates. You can also download the NDTV Cricket app for Android or iOS.