Former Jamaican Prime Minister P.J. Patterson blamed the West Indies Cricket Board for the cricket team's decision to quit the Indian tour amid pay disputes and said the cricket board had failed to engage the reform needed to streamline its governance of the game. 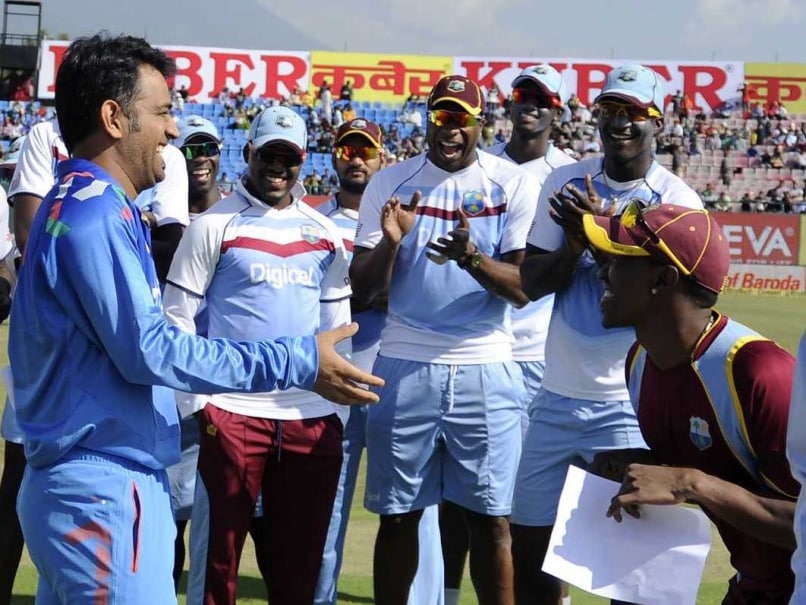 West Indian players seen sharing a joke with MS Dhoni on the day they announced the pullout.© BCCI
Kingston, Jamaica:

Former Jamaican Prime Minister P.J. Patterson has described the West Indies' walk-out of the India tour as "humiliation" and says it has exposed "a total collapse of a governance system" in the administration of the game by the West Indies Cricket Board (WICB). (West Indies' Decision to Abandon India Tour Needs Explanation: Daren Ganga)

Patterson was reacting to the decision of the West Indies' one-day team to abort their tour of India over a pay dispute with the West Indies Players' Association (WIPA). However, Patterson said much of the blame resided with the WICB as it failed to engage the reform needed to streamline its governance of the game, reports CMC.

"It reflects a total collapse of a governance system and that has contributed to my hurt because when I was asked to look at the structure of governance of West Indies cricket, we made some far reaching recommendations," Patterson said.

"And had they been implemented they would have been spared much of the hurt and agony which we are now experiencing because the management for the way forward, required them and even more so, a skill set that begins with the Board, the constituent elements and must of course the players themselves." (Marlon Samuels Didn't Want to Pullout)

Patterson was one of three eminent persons, including Alister McIntyre and Ian McDonald, commissioned by the WICB to examine the structure of West Indies cricket.

Among the 65 recommendations in the 138-page report delivered seven years ago, was a restructuring of the Board to reflect a reduction in the number of directors and a widening of stakeholder involvement. This is yet to be implemented.

Patterson said the situation in India had been upsetting.

With Grenada prime minister Keith Mitchell offering to intervene in the impasse, Patterson said he hoped all the relevant parties would take on board this proposition.

"I hope they will avail themselves of what he has to offer. I also note that a task force has been established to investigate what went wrong and I would rather await the report of that task force before engaging in any further comment."

Comments
Topics mentioned in this article
West Indies Cricket Team India Cricket Team India vs West Indies, 2014-15 Cricket
Get the latest updates on Fifa Worldcup 2022 and check out  Fifa World Cup Schedule, Stats and Live Cricket Score. Like us on Facebook or follow us on Twitter for more sports updates. You can also download the NDTV Cricket app for Android or iOS.