West Indies legend Brian Lara feels the Board of Control for Cricket in India will not be so severe to expect WICB to pay upto USD 42 million for their team's pullout of the Indian tour. 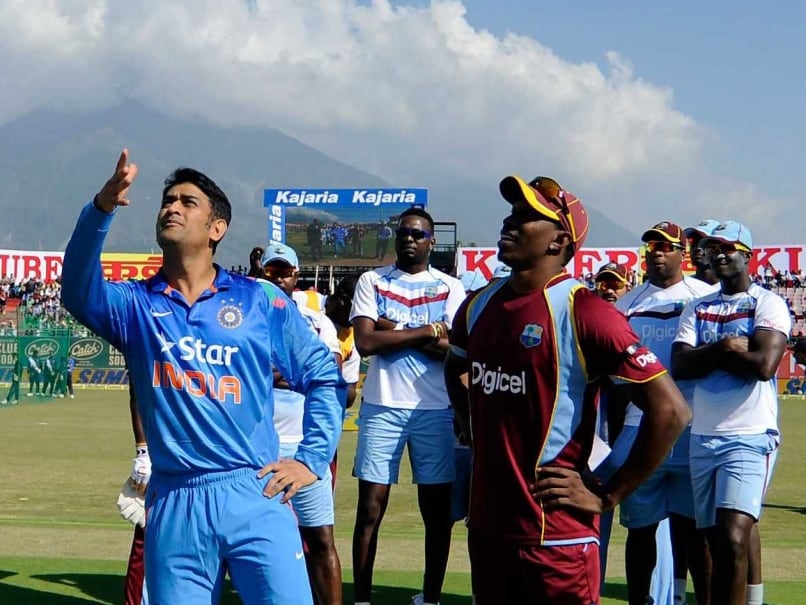 File photo: MS Dhoni and the West Indian team at the toss ahead of the 4th ODI in Dharamsala.© BCCI

Batting legend Brian Lara has backed West Indies cricket to survive the current crisis arising out of the team's abrupt withdrawal from the India tour over a pay dispute with its board and players' association, as he believes the "BCCI will not be that severe on us."

The already cash-strapped West Indies Cricket Board was left facing a USD 42 million claim by its Indian counterparts for lost earnings after its side pulled out of the India tour following the fourth ODI in Dharamsala on October 17. (WICB seek politicians' help over India demands)

The fifth one-day international, a Twenty20 match and three Tests still remained to be played. A livid BCCI then slapped sanctions on the Caribbean board and suspended bilateral ties with them. But Lara does not expect the BCCI to pull the plug on Caribbean cricket. (Gayle hopes West Indies tour of South Africa takes place)

"I don't think the BCCI will be that severe on us," Lara told 'BBC Sport'.

"I believe West Indies cricket will be alive. I don't think anybody has the intention to end our game," the retired former batsman added.

"We've got some of the best talents in the world, so I believe West Indies cricket is going to survive and it's now about how we take this forward," said Lara, one of cricket's all-time greatest players, who scored nearly 12,000 in 131 Tests, including 34 hundreds at an average of more than 52.

Comments
Topics mentioned in this article
West Indies Cricket Team India Cricket Team India vs West Indies, 2014-15 Brian Lara Cricket
Get the latest updates on Fifa Worldcup 2022 and check out  Fifa World Cup Schedule, Stats and Live Cricket Score. Like us on Facebook or follow us on Twitter for more sports updates. You can also download the NDTV Cricket app for Android or iOS.