West Indies-India Like Family, Tour Should Have Gone On: Marlon Samuels

Marlon Samuels says he never agreed to a withdrawal from India tour. The Jamaican feels the decision will hurt India-West Indies relationship. 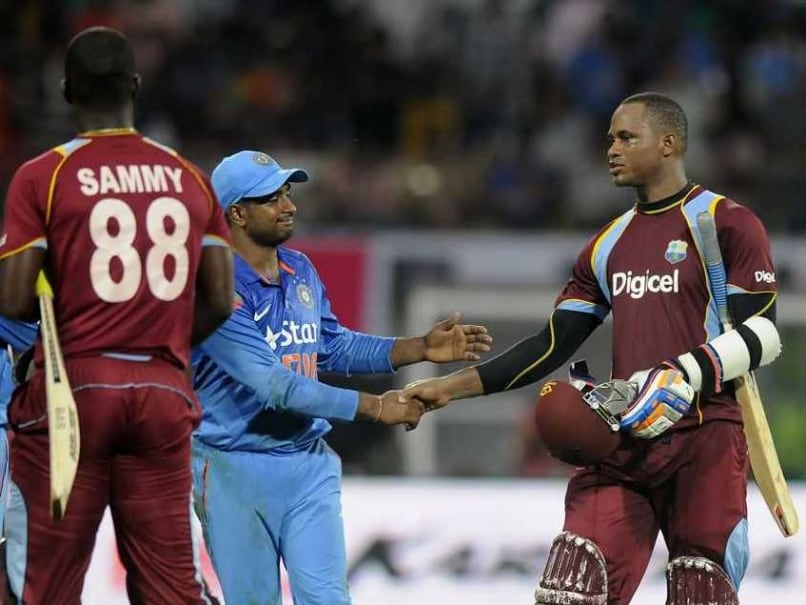 File photo: Marlon Samuels being congratulated by Ambati Rayudu after he ended with 126 not out in the 1st ODI vs India.© BCCI

Marlon Samuels feels West Indies' players should have respected the bond they share with their Indian counterparts and not pulled out of a tour mid-way. In an interview to ESPNCricinfo, Samuels takes a dig at captain Dwayne Bravo's statement that the decision to quit the tour after the fourth ODI in Dharamsala was endorsed by the full team. (West Indies 'rebels' join SA T20 league)

Fighting a wage-related battle against West Indies Cricket Board and West Indies Players Association, the team had taken an early flight back from India earlier this month. While it had left Board of Control of India fuming and WICB red-faced, skipper Bravo had said it was a unanimous decision. Samuels however, disagreed.

"This has nothing to do with India. This is our problem. So finish the tour and then go back to the Caribbean and sort out the problem," he was quoted as telling his teammates. "India is the most important team that West Indies play against. India is the greatest team that West Indies play against in every way possible. The relationship with India is too great. It is a wonderful relationship." (West Indies fans rally around 'troubled' cricketers)

While BCCI is currently seeking legal action against WICB for the financial losses incurred, Samuels feels the damage is more than just monetary. ('West Indies pullout of India humiliating')

"You would never see an Indian player and a West Indian player having words against each other or cursing the other. It is not like against Australia or South Africa. There are a lot of Indians in the Caribbean. It is like a family,"Â  said the Jamaican.

Speaking about the controversy itself, Samuels felt all three parties -- the players, WICB and West Indies Players Association -- messed up the situation.

He was critical of Wavell Hinds and said that the WIPA president and CEO was to be blamed for the entire fiasco.

"If you look at the situation, the real, real person here to be blamed is WIPA. Wavell Hinds, the (WIPA) president, basically messed up everything.

"If you look at the situation, you can't really blame the Board for accepting what Wavell has done. Wavell is the main problem here. But remember I am not part of WIPA," he said.

As a matter of fact, this is the second time in less than a week that Samuels has expressed a difference of opinion against Bravo over the issue. Samuels said that he had only asked certain questions to Bravo in the two team meetings he had attended in India.

The Jamaican said he decided to stay away from the episode after failing to get a convincing reply from the West Indies skipper.

"The public are being misled. They need to know the truth behind this (pullout). They need to go out there and explain what is really happening. He (Bravo) wasn't willing to go and do that. That is why I say that if you are not up to doing what I want to go there and do, which is the right thing, then you are not going to get my full support," said Samuels.

Comments
Topics mentioned in this article
West Indies Cricket Team India Cricket Team Marlon Samuels India vs West Indies, 2014-15 Cricket
Get the latest updates on Fifa Worldcup 2022 and check out  Fifa World Cup Schedule, Stats and Live Cricket Score. Like us on Facebook or follow us on Twitter for more sports updates. You can also download the NDTV Cricket app for Android or iOS.