The mighty BCCI has decided to take legal action against the West Indies Cricket Board (WICB) after the tourists abandoned the series over a protracted payment dispute between the players and their board. 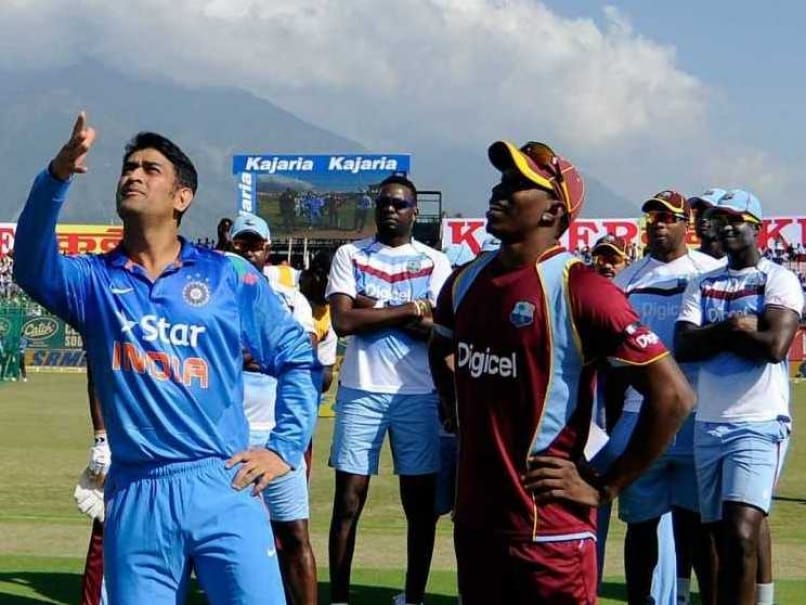 West Indies cricket was plunged into a major crisis on Tuesday after India, the world's richest board, suspended all future tours with them following the Caribbeanteam's abrupt withdrawal from a series in India last week. (Read: BCCI hits back, cancels tours to West Indies)

The mighty BCCI also decided to take legal action against the West Indies Cricket Board (WICB) after the tourists abandoned the series on Friday over a protracted payment dispute between the players and their board.

They still had a one-dayer, a Twenty20 international and three test matches left to play.

"BCCI will initiate legal proceedings against West Indies Cricket Board (WICB) due to the abrupt cancellation of this tour," Indian cricket board secretary Sanjay Patel said in a statement. (West Indies players allowed to participate in IPL)

"All bilateral tours between BCCI and WICB stand suspended," he added after the board's working committee meeting in Hyderabad on Tuesday.

To fill the void, the BCCI swiftly arranged a five-match one-day series with Sri Lanka next month but was not ready to take the estimated $65 million loss lying down even though WICB apologised for the team's sudden withdrawal.

"The members appreciated the gesture of the Sri Lankan Cricket Board for having accepted our request...at such a short notice," Patel said.

For the sponsorship and TV revenue it generates, a series against India represents a jackpot for financially weaker boards like the WICB and India were expected to make four trips to the West Indies in the next eight years.

The WICB has convened an emergency board meeting in Barbados later on Tuesday to discuss the issue.

The BCCI secretary told Reuters on Saturday they would also seek intervention of the InternationalCricket Committee (ICC) -- headed by Indian industrialist Narayanaswami Srinivasan -- into the matter.

"We have suffered huge losses and the ICC is our parent body and we are going to ask them to ensure that this never happens in the future," Patel had said, adding India was set to scrap the tour of West Indies for three tests, five ODIs and a Twenty20 match early in 2016.

"Whatever the dispute, they should have honoured the bilateral agreement," Patel said.

The dispute, however, would not affect the West Indies players' contracts with the franchises of theIndian Premier League (IPL) Twenty20 tournament, the BCCI official has said.

India's decision is a fresh blow for the WICB which has already been grappling with a rumbling pay dispute.

The WICB and the West Indies Players' Association signed a new agreement last month covering pay and conditions but it was rejected by the senior players, including one-day captain Dwayne Bravo who said they were kept in the dark.

The players subsequently issued a strike threat ahead of the India tour and, according to BCCI officials, needed much cajoling to continue until the fourth one-dayer in Dharamsala.

The player-board disconnect was evident when WICB initially denied reports of a pullout before confirming the players had indeed withdrawn their service.

The beleaguered WICB apologised to its Indian counterpart and also to the broadcasters and hoped the incident would not harm the cordial relationship between the boards.

"The WICB wishes the BCCI every success with the proposed alternative arrangements and looks forward to the continuation of the strong and longstanding relationship between the two boards," it said in a statement.

Comments
Topics mentioned in this article
West Indies Cricket Team India Cricket Team India vs West Indies, 2014-15 Cricket
Get the latest updates on Fifa Worldcup 2022 and check out  Fifa World Cup Schedule, Stats and Live Cricket Score. Like us on Facebook or follow us on Twitter for more sports updates. You can also download the NDTV Cricket app for Android or iOS.