The West Indies Cricket Board (WICB) website has put up job advertisements for Head Coach, Assistant Coach, Team Director and various other office posts, for which, incoming resumes are being continuously scanned. 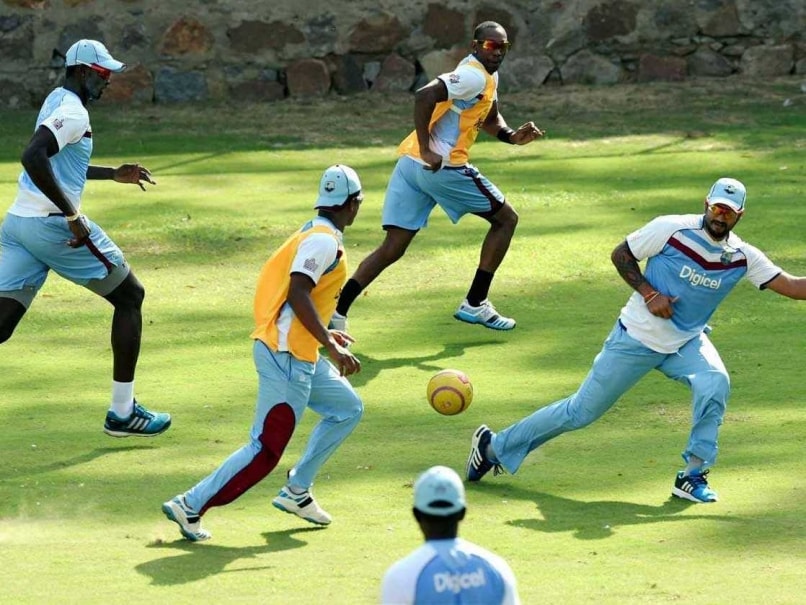 All play, no work? West Indies players during a training session in India.© PTI
St John's:

West Indies might be in neck deep trouble after their team's pull out of the India series, but that hasn't stopped its board from reviewing coaching applications for the senior team as the post is lying vacant after Ottis Gibson's departure in August.

The West Indies Cricket Board (WICB) website has put up job advertisements for Head Coach, Assistant Coach, Team Director and various other office posts, for which, incoming resumes are being continuously scanned.

Team manager Richie Richardson, who soon took over the interim duties after Gibson decided to part ways post a four-year stay with the Caribbean side, is keen to take over the job on a full-time basis.

But things took a turn for the worse, as the pay dispute between the WICB, players association (WIPA) and the Dwayne Bravo-led side escalated to an extent that the maroon brigade aborted the India tour after the fourth ODI in Dharamsala, leaving BCCI in the cold.

With an ODI in Kolkata, one-off T20 and three Tests remaining to be played, the Indian board had to call Sri Lanka to fill the void and is mulling a legal action against the West Indies to claim damages, running into hundred of crores.

So as the WICB searches for a new coach, it foremost agenda will still be to resolve the pay dispute and get the national team back on the field.

Comments
Topics mentioned in this article
West Indies Cricket Team India vs West Indies, 2014-15 Cricket
Get the latest updates on ICC T20 Worldcup 2022, check out the Schedule and Live Score. Like us on Facebook or follow us on Twitter for more sports updates. You can also download the NDTV Cricket app for Android or iOS.