After Marlon Samuels said he wanted to continue, West Indies ODI skipper Dwayne Bravo hit back saying the decision to withdraw from the India series was a team decision. 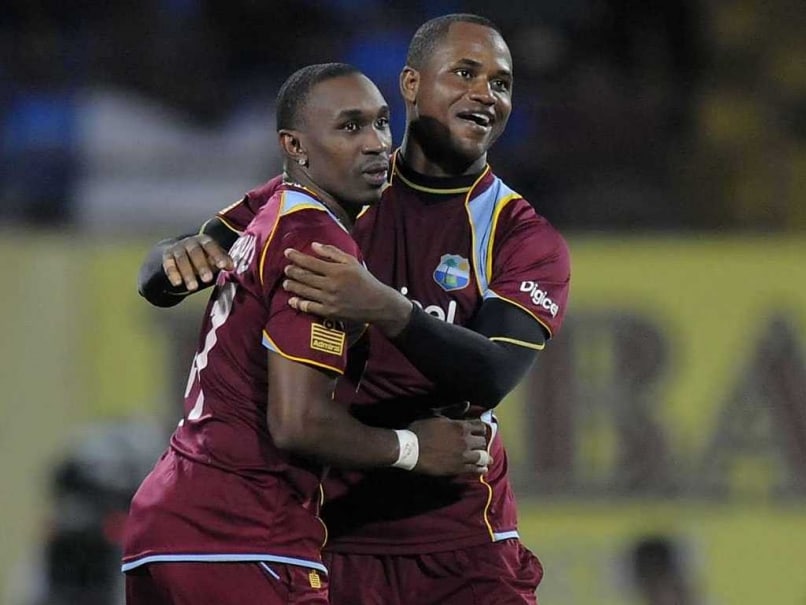 Dwayne Bravo and Marlon Samuels in action in ODI vs India.© BCCI

Marlon Samuels and Dwayne Bravo are divided over West Indies' decision to withdraw from the India series. Over a payment dispute, the Caribbeans quit the tour after the fourth ODI in Dharamsala on October 11, triggering bad blood between the Board of Control for Cricket in India and the West Indies Cricket Board. Now Samuels added fuel to the fire by saying the decision to pull out was not unanimous.

Speaking to a radio channel, Samuels said he was focused all along on completing the tour and dealing with the contracts and pay issues afterwards. Samuels was in stunning form scoring two centuries in four ODI matches.

The Bravo-led team had threatened to withdraw before the first ODI in Kochi but decided against it. The players were bitter over terms and conditions the WICB had signed with the Wavell Hinds-led West Indies Players Association (WIPA).

"Wavell Hinds cannot negotiate on behalf of me so I know that once I continued (to play) - I just needed to finish this tour and then I would have asked questions," Samuels said in a radio interview.

Bravo has refuted allegations that the team was divided on the pullout. In a statement released to the media, Bravo said: Samuels contributed vigorously to the discussions held and indicated clearly, at that time, that he would stand with any decision taken by the team."

Â "Much of the reporting on this situation seems to be concentrating primarily on me and not on the fact that the action taken was in concert with all of the members of the squad," Bravo was quoted as saying.

"Only of late it appears that the action was taken by all but one of the WI squad in India," Bravo added, making reference to Samuel's recent comments.

"I wish to state for the record that all correspondence sent and decisions taken were with the full agreement and consent of the players on tour including the current Test captain Mr Denesh Ramdin and the T-20 captain Mr Darren Sammy," Bravo added.

According to the 33-year-old Samuels, there were about eight meetings but he attended only two at which chief selector Clive Lloyd was present.

"For most of those meetings (of the players), I was probably in my room ordering room service. I don't go to those meetings," Samuels explained.

"A lot of meetings were kept but I have no time for those meetings. My focus was just on playing some cricket."

There are reports that a few West Indian players are appointing their own lawyers to negotiate their wages with the WICB/WIPA. Bravo is upset. West Indies cricket is clearly a house divided.

Comments
Topics mentioned in this article
West Indies Cricket Team Dwayne Bravo Marlon Samuels India vs West Indies, 2014-15 India Cricket Team Cricket
Get the latest updates on Fifa Worldcup 2022 and check out  Fifa World Cup Schedule, Stats and Live Cricket Score. Like us on Facebook or follow us on Twitter for more sports updates. You can also download the NDTV Cricket app for Android or iOS.