The matter is likely to be raised at Indian Premier League governing council meeting on October 20. Some of the members want to ban the Windies players for at least one season. 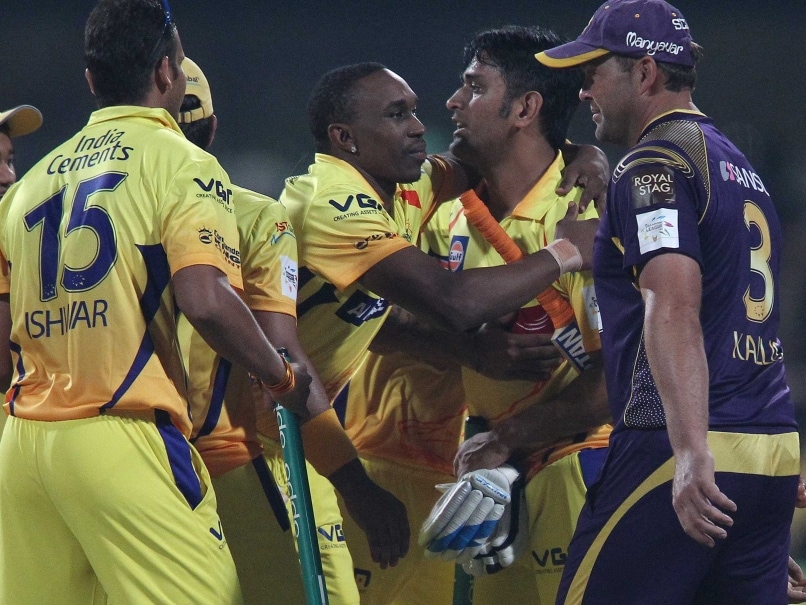 The BCCI is seriously contemplating reviewing the West Indies players' participation in the cash-rich Indian Premier League as the ongoing series ended abruptly on Friday due to visiting team's payment dispute with their own cricket Board.

So miffed are the BCCI officials with the attitude of the Caribbean players that some hard actions can't be ruled out as far as their playing in IPL is concerned. (West Indies Pullout of India Tour)

"The matter is likely to be raised at IPL governing council meeting where the issue will come up for serious discussions. Some of the members of Board's top brass want to ban the Windies players for at least one season," a senior BCCI functionary told PTI on Friday.

"For the likes of Chris Gayle, Kieron Pollard, Dwayne Bravo, IPL has been a primary source of income and the perks that they have got in India for their star status. The love that Indian public bestowed on them is unimaginable and this is pure backstabbing by their players," the official added. ('BCCI Shocked at Sudden West Indies Pullout')

"What BCCI officials are finding it difficult to digest is that even after their assurances to Sanjay Patel, who went to Kochi to persuade them, things have come to such a pass. How could they backtrack on their promise? This is a matter of principles. If they can give commercial considerations priority then why won't they be penalised for their uncompromising attitude," the senior official said.

While BCCI will have to take the franchises into consideration as two of the most high-profile franchises Chennai Super Kings and Mumbai Indians have high-profile West Indians. (Read: Sri Lanka to Play 5 ODIs)

Dwayne Bravo and Dwayne Smith are key players of CSK while Kieron Pollard is an influential player in MI ranks. Not to forget Sunil Narine and above everyone else Chris Gayle.

A question mark is certainly there on Caribbean players' participation in IPL-8.