India vs Sri Lanka: Navdeep Saini Says It's "Important To Use Variations" In T20 Cricket 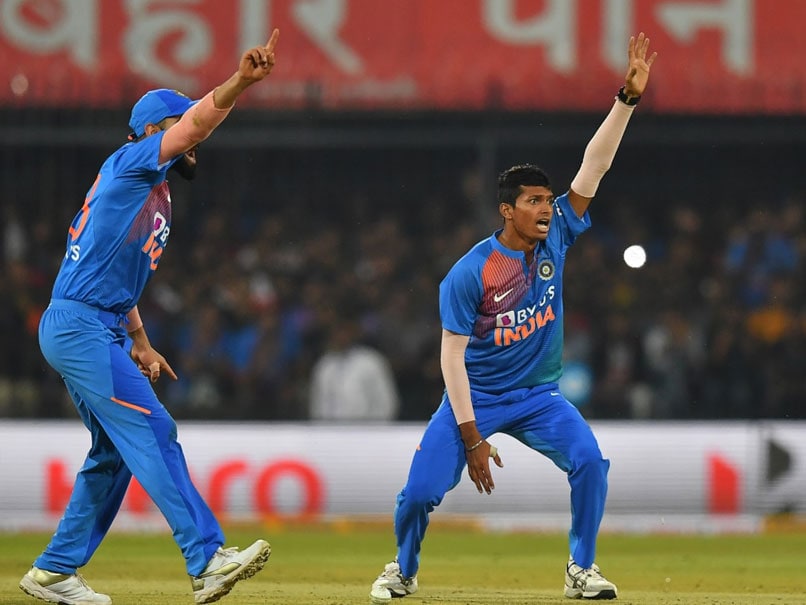 Navdeep Saini, who starred with the ball in India's facile seven-wicket win over Sri Lanka in the second Twenty20 International (T20I) in Indore on Tuesday, said that he is gaining in confidence with both the white and red ball amid growing calls for his inclusion in the Test squad. Saini bowled with searing pace on Tuesday and troubled the Sri Lankan batsmen to return superb figures of 2/18 in four overs as India restricted Sri Lanka to 142/9 after choosing to field first.

"I am gaining confidence with both white ball and red ball," Saini (27) said at the post match presentation ceremony after being adjudged Man of the Match.

"When I made my T20I debut, I wanted to bowl fast, but now I know the importance of the slower deliveries," he added.

"I practiced well and was confident. It's important to be confident and it's also important to use the variations. I was more happy to take a wicket with the yorker (Danushka Gunathilaka)," he said after the match.

Saini has so far played eight T20Is and one ODI for India.

Sri Lanka Cricket Team Navdeep Saini Holkar Cricket Stadium, Indore India vs Sri Lanka, 2020 Cricket India vs Sri Lanka, 2nd T20I
Get the latest updates on Fifa Worldcup 2022 and check out  Fifa World Cup Schedule, Stats and Live Cricket Score. Like us on Facebook or follow us on Twitter for more sports updates. You can also download the NDTV Cricket app for Android or iOS.