India vs Sri Lanka: Late Inspection In 1st T20I A "Mystery" As Most Players Left The Ground By 9, Says Official

Assam Cricket Association secretary Devajit Saikia was surprised how the last inspection was done by umpires at 9.30 pm when majority of the players had left by 9. 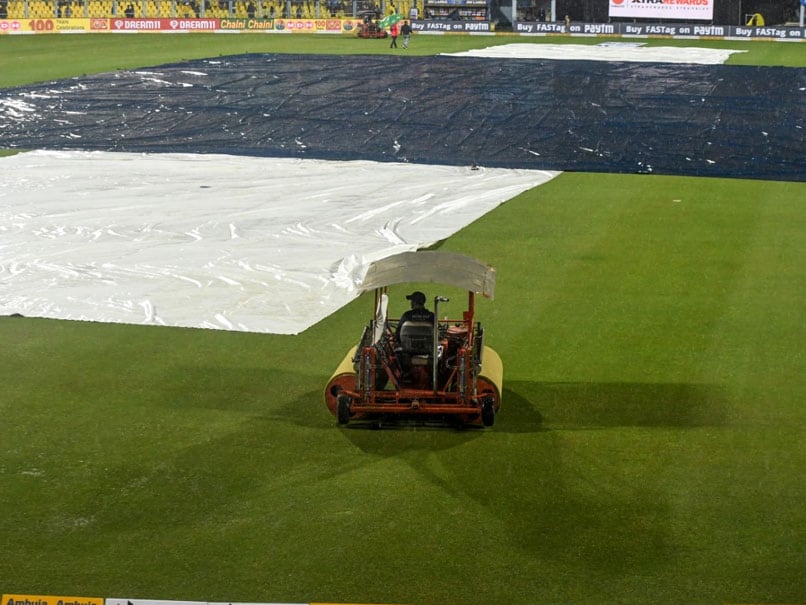 India vs Sri Lanka 1st T20I was abandoned without a ball being bowled in Guwahati.© AFP

The last inspection for Sunday's T20I game between India and Sri Lanka at the Barsapara Stadium in Guwahati might have been conducted at 9:30 p.m. -- 24 minutes before the match was officially called off -- but Assam Cricket Association (ACA) Secretary Devajit Saikia has revealed that the majority of the players had already left at 9 p.m. Speaking to IANS, Saikia said even he was surprised how the last inspection was done by umpires Chettithody Shamshuddin, Nitin Menon, Anil Chaudhary and match referee David Boon at 9:30 p.m. when most of the players had left the stadium at 9 p.m.

"Well, that is a mystery to me and I will have to find it out because most of the players had left by 9 p.m. That announcement (calling off at 9:54 p.m.) was strategic to ensure that the crowd didn't turn unruly. That is the usual protocol that is followed. I have given you the hard facts," he said.

In fact, Saikia said that the match officials had made it clear to the groundstaff that the ground had to be ready for action by 8:45 p.m else the game would have been abandoned.

"For one hour and three minutes there was heavy shower and umpires said we need to get the ground ready by 8:45 p.m. otherwise the match will be abandoned. 57 minutes was given to the groundsmen to get it ready. If we had some more time, we could have readied the ground. There was dampness throughout the pitch due to reverse osmosis system and what was said on commentary, I can't comment on that," he explained.

The ACA secretary also said it was not expected that rain would play spoilsport at this time of the year.

"This was an unseasonal rain as we don't get any such rain in Guwahati in January. Yesterday also we had heavy rain in the afternoon, but we got the ground ready in time for the toss and it happened at 6:30 p.m. Then, the match was supposed to start at 7 p.m. At 6:50 p.m. there was heavy downpour and hailstorm. This continued till 7:53 p.m.

"After rainfall there was a lot of humidity in the atmosphere. After 6:30 p.m. the ground is with the match referee and the umpires and they dictate the terms and our curator team followed their instructions. If we had been given an hour or half an hour, the ground would have been ready," he rued.

Sri Lanka Cricket Team India vs Sri Lanka, 2020 Cricket BCCI
Get the latest updates on India vs South Africa and check out  Schedule, Results and Live Score. Like us on Facebook or follow us on Twitter for more sports updates. You can also download the NDTV Cricket app for Android or iOS.