Virat Kohli stressed that he always puts the team ahead of himself and plays as per team's needs. 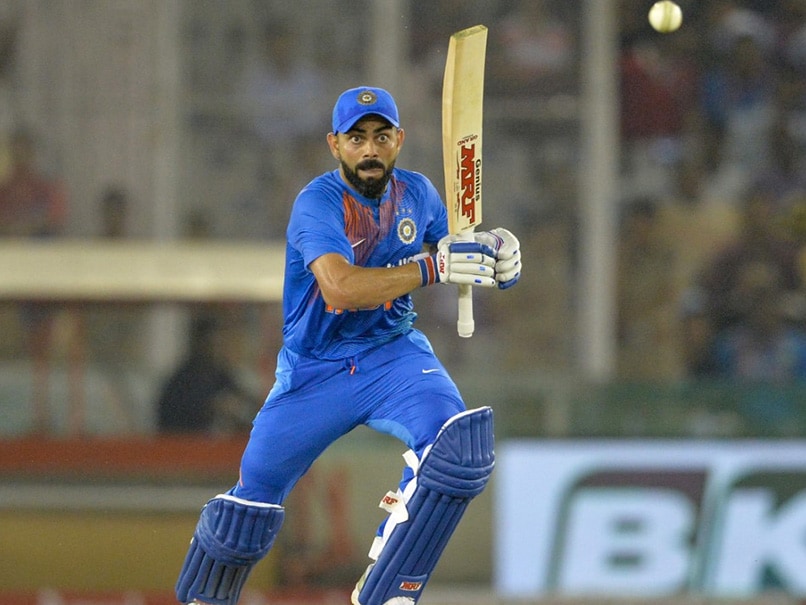 Virat Kohli is one of the most consistent players across formats at the international level. Be it Test, one-day or Twenty20 cricket, he has proved himself in every format. While there are some players who enjoy success in one particular format and find it difficult to adapt to different formats, Kohli has proven that it is possible to succeed in every single format. The skipper took India over the line with his unbeaten 72 off 52 balls in the second T20I against South Africa in Mohali on Wednesday. His heroics won him yet another Man of the Match trophy. Speaking at the post-match presentation Kohli revealed what keeps him going in every format that he plays. The Indian skippersaid that the badge in front of his shirt motivates him to play to the best of his abilities and get his side across the line, no matter which format he plays.

"The badge in front of my shirt - India - it is a pride to play for my country. Whatever it takes, whichever format, to get us across the line, I'll do that," Kohli said at the post-match presentation.

When asked how he adapts to different formats of the game. Kohli said, "Adapting in different formats is nothing but a mindset of making your team win. If you want to win a game for your team, you will find a way. That's the most important thing".

Kohli, who has won many accolades and shattered numerous records, stressed that he always puts the team ahead of himself and plays as per team's needs.

"I never think for myself, it's always about what the team needs. Test cricket, one-day cricket ... the will should be to win the game for your country," Indian skipper said.

The young Indian bowlers bowled with great confidence after going for runs in the powerplay and came back strongly to restrict South Africa to a below-par total.

After the match, Kohli praised their efforts and commended them for pulling things back in the death overs.

"The pitch was very good and an outstanding effort from the bowlers to pull things back.

"As long as they show character in difficult situations, they are going to present a strong case for themselves in the future.

"Lot of positive signs for us and they'll get many more games to prove their mettle. They are going in the right direction," Kohli added.

With 1-0 lead in the three-match series, India will take field on Sunday for the series decider in Bengaluru's M Chinnaswamy Stadium.